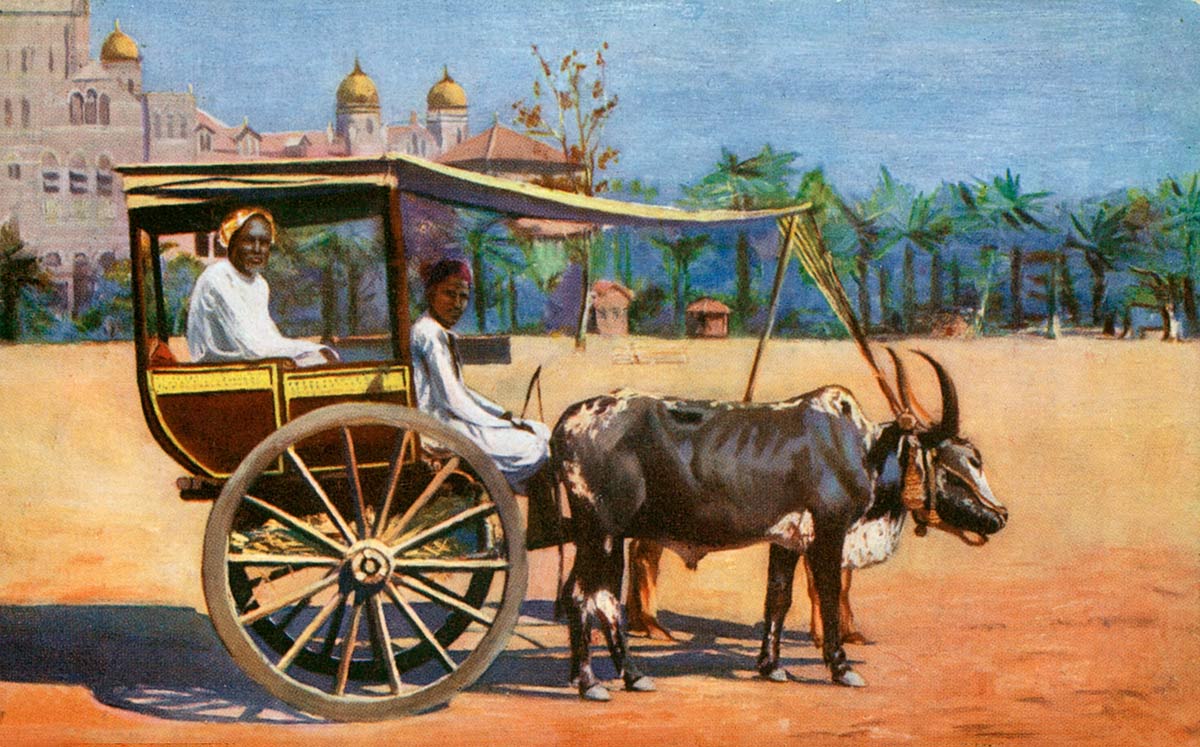 [Original caption] The Shigean is a small two-wheeled vehicle in use in Bombay and other Eastern cities. As a rule it is drawn by a couple of small oxen of the Zebu family. The Zebu, which varies considerably in size, is to be met with through India as a beast of draught and burden, and is occasionally used for riding. It can travel from twenty to thirty miles a day, and is a very docile creature. [end]

Advertised in the December 1905 issue of the British publication The Postcard Collector, this is among the earliest India Oilettes: "Some of the interest which the present Royal visit is arousing in all things related to India will no doubt be shared by the second set of "Native Life in India," in Messrs. Raphael Tuck's "Wide Wide World" series, which, like its predecessor, contains some striking pictures of India types. The card from this set which we reproduce by kind permission of the publishers represents a native ox-cart in Bombay, the first city visited by the Prince and Princess of Wales" (p. 376).