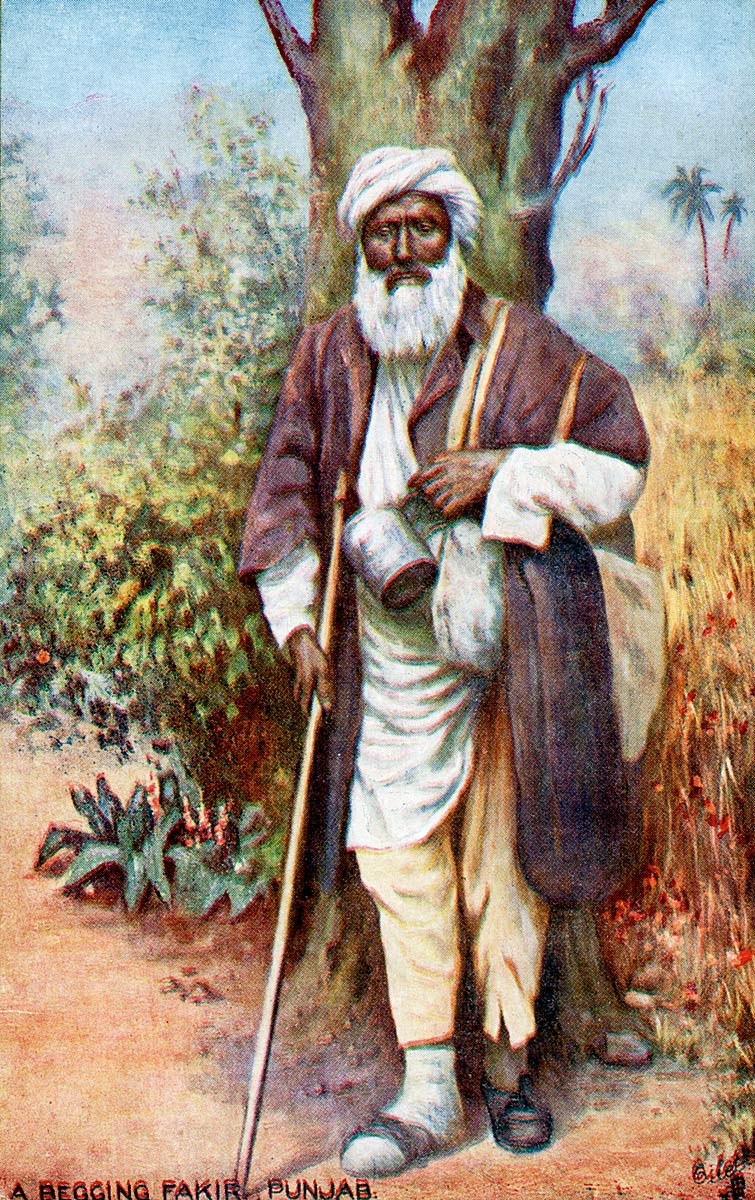 [Original caption] A Begging Fakir. A fakir is one of the most frequent met types in India, which literally swarms with these "holy men." A fakir is a sacred person, whose life is spent under self-imposed vows, of which poverty is usually a prominent feature; the consequence is that they are little more or less than authorized beggars. They possess considerable influence over the native population. [end]