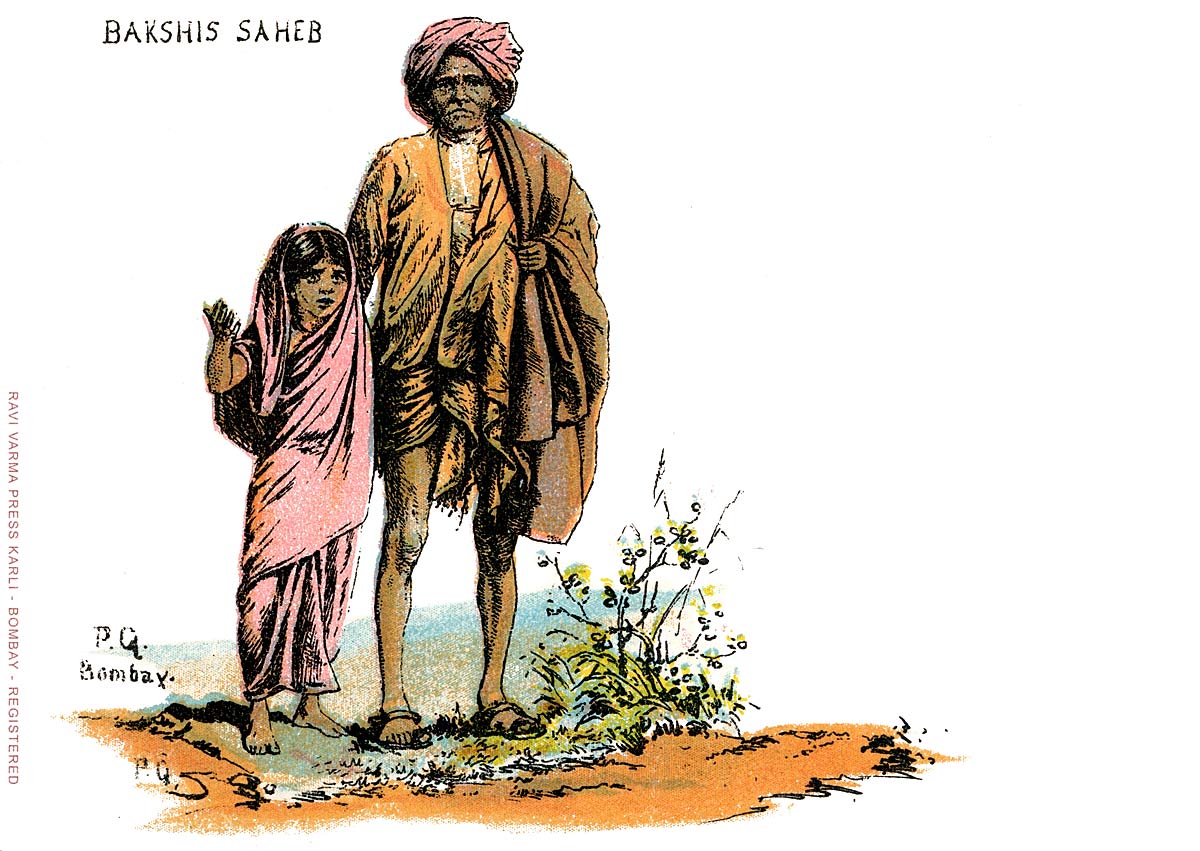 A very early postcard printed in India and signed by the Ravi Varma Press chief lithographer and also painter, Paul Gerhardt. The title "Bakshis[h] Saheb" refers to the call for alms made by beggars. They were often accompanied by young children whose presence increased the chances of a positive response. Although beggars were clearly a type, this early image still has enough detail to make both characters individuals.