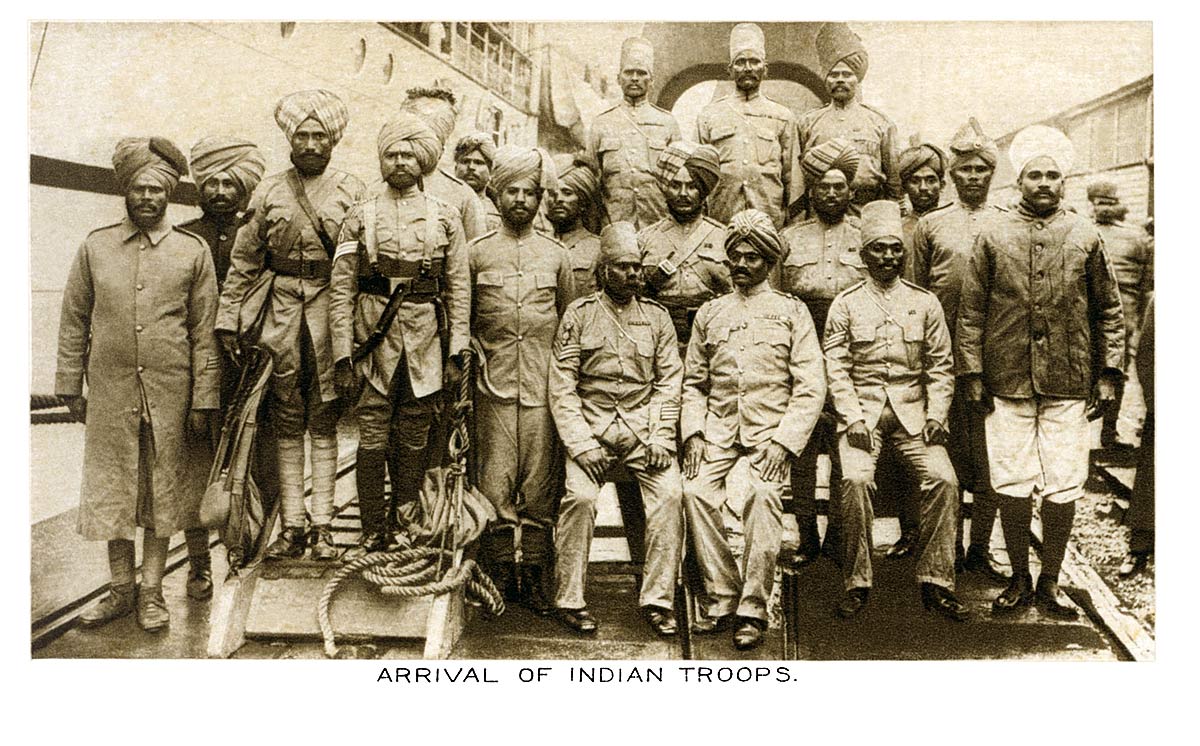 Indian troops arriving to support Britain in World War I. While the arrival of Indian troops was a boost to the morale of British and European forces fighting the Germans, Austrian and Turkish forces, it was also an eye-opening experience for those troops. Many were overwhelmed by the treatment they received, as this letter from Brighton by Subedar-Major Sundar Singh Bahadur (89th Punjabis, 44) to Havildar Basant Singh (1st Sappers and Miners, France) dated the 19th of October 1915 suggests (translated from Gurmukhi):

"On the 14th, the Emperor gave me two medals. [one was presumably the Order of the British Empire, 2nd Class]. He decorated me with his own hands in the palace in London. An account of it has been published with a photograph in the papers. By mistake only one medal was mentioned, but I was given two. The occasion did me very great honour. They treat me with very great respect in London. I am always given a motor car in which I go to see the famous palaces. All this is by the Grace of God, and the favour of the captain of our company, and the [good work] of the company itself. And I was only a poor Jat! My thoughts are now very much towards my company and I pray always to the Guru for its welfare."