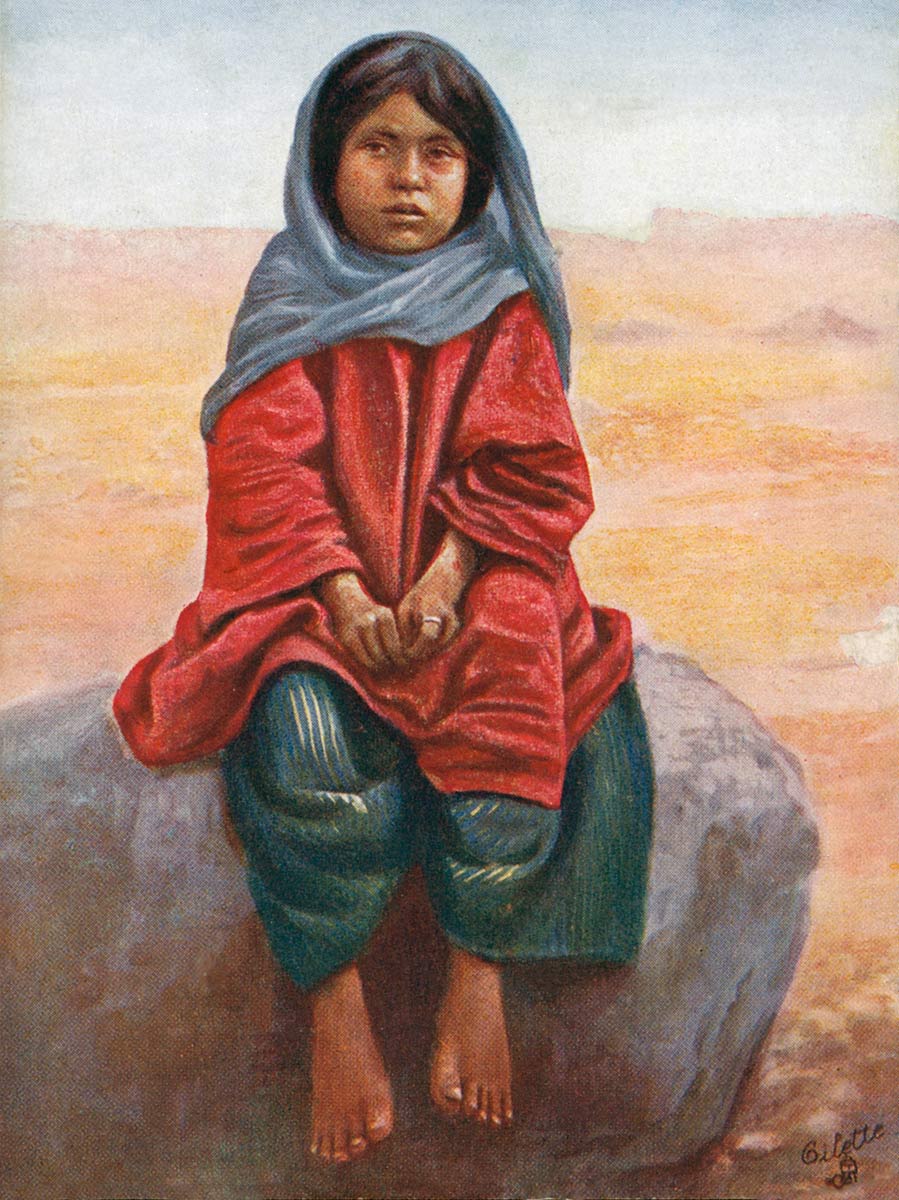 [Original caption] An Afridi Girl. The Afridis are an Afghan or Pathan people, numbering about 300,000, inhabiting the moutainous region south of the Hindu-Kush. They consist of a number of separate clans, often at feud with each other. in these districts female children are in the minority, and when a girl is in the matrimonial market–after the native custom–they frequently fetch good prices. The Afridi children are very shy and fearful of sitting for their portrait. [end]