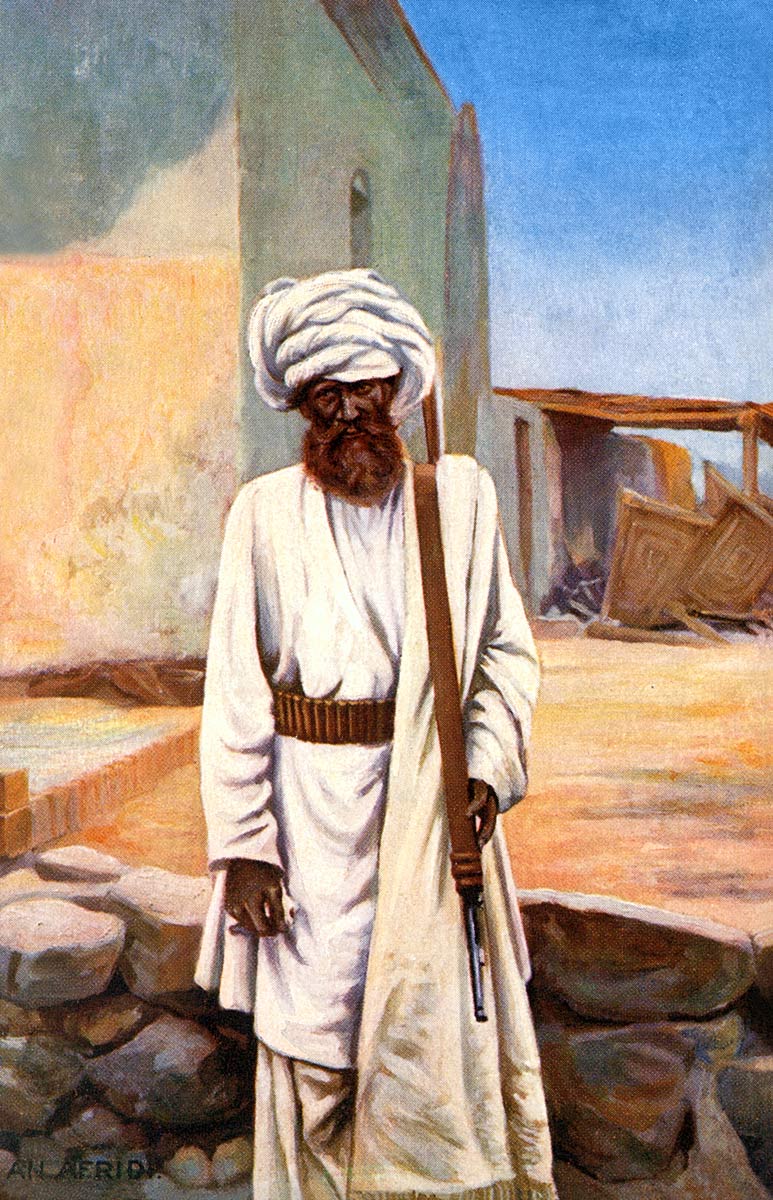 [Original caption] The Afridis are an Afghan or Pathan people, numbering about 300,000 inhabiting the mountaneous region south of the Hindu-Kush. They consist of a number of separate clans, often at feud with each other. In 1893 they fiercely resented the taking over of their province by the British Government, and their consequent revolt in 1897 led to the Tirah Campaign of 1897-98. They make fine soldiers and scouts. [end]