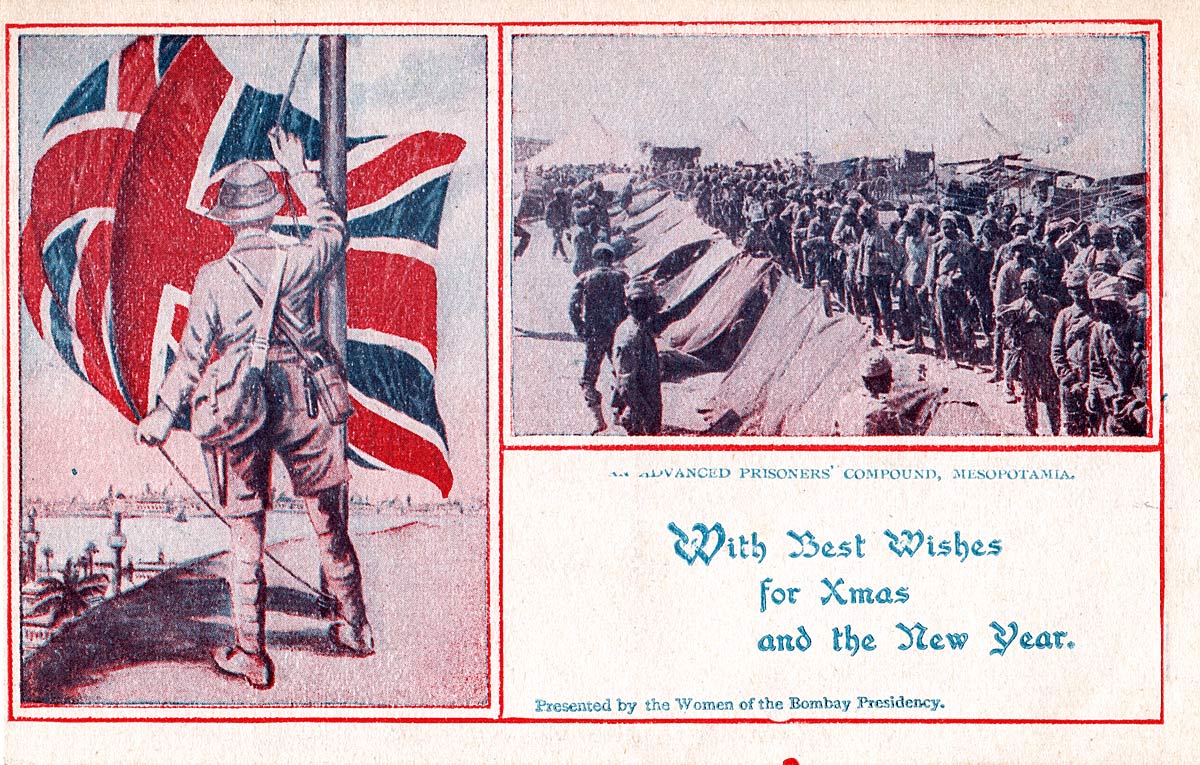 With Best Wishes for Xmas and the New Year

The fundraising postcard by a women's group in Bombay shows Turkish prisoners likely captured in 1917 when British Indian troops captured Baghdad and other areas of modern Iraq from the Ottoman Empire.

David Omissi, in his remarkable book Indian Voices of the Great War Soldiers' Letters, 1914-18 (London/NY, 1999), shares a number of Indian soldier's accounts of Mesopotamia that made it sound frightful indeed after France, where many had survived grueling 1914-16 trench battles. Abdul Majid Khan writes in Urdu to Suliman Khan of 3rd Skinner's Horse in France:

"I had a letter received from my brother Sadikall Khan from Basrah, three days ago. He says he is constantly ill, and that every few days his health changes. He says also that the heat is unbearable and that the country [Mesopotamia] is the very opposite of France; that he is neither fit to fight nor ill enough to return to India; that, except for dates and the heat, nothing is to be found. Where, he asks, is that France, and those courteous people; where those fine open roads; where all those nice things? In short, this country, he says, is the entire opposite of France" (p. 165).