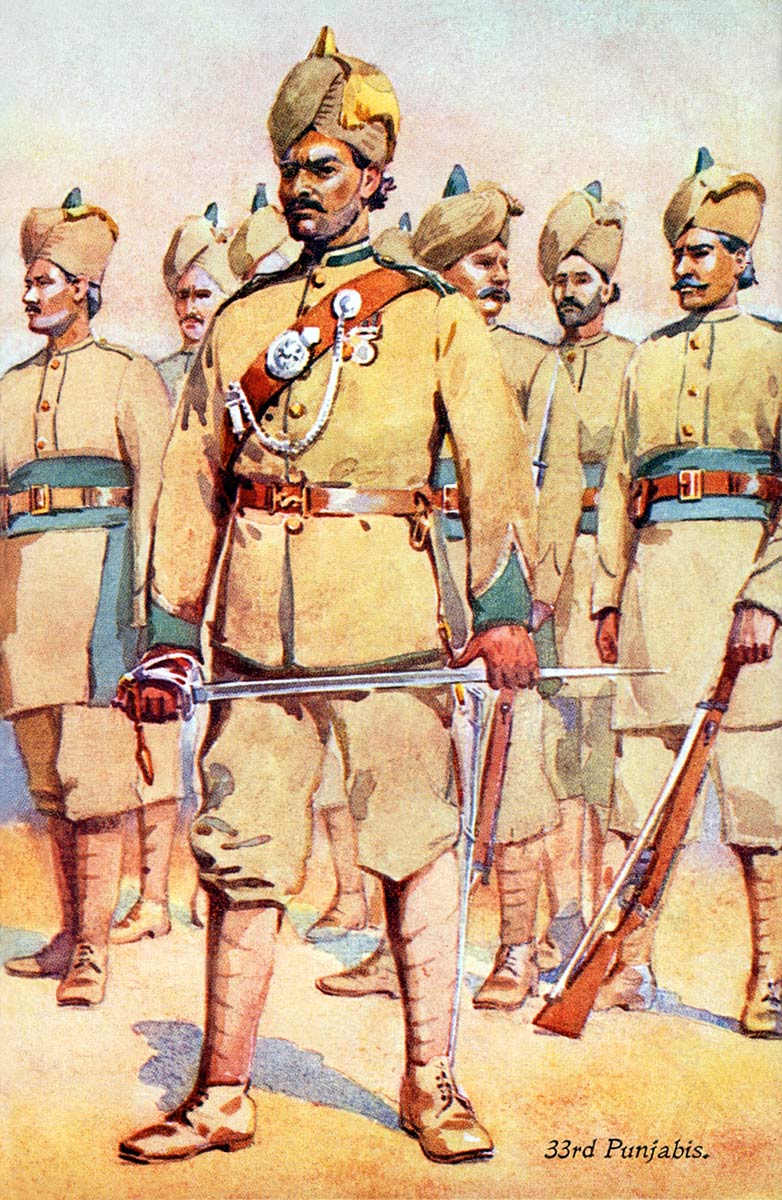 A postcard by the high-quality publisher A.C. Black and Co., Soho Square, London that was used to market their book The Armies of India by Col. A.C. Lovett and Major C.F. MacMunn (1911). The 33rd Punjabis go back to 1857 as the Allahabad Levy and were given this regimental name in 1903. In 1947 the regiment was transferred to Pakistan, where it was amalgamated with other regimental portions into the 15th Battalion Punjab Regiment, now based in Mardan, Khyber Pakhtunkhwa. A.C. Black & Co. used postcards widely to market illustrated books, such as those by the artist Mortimer Menpes.