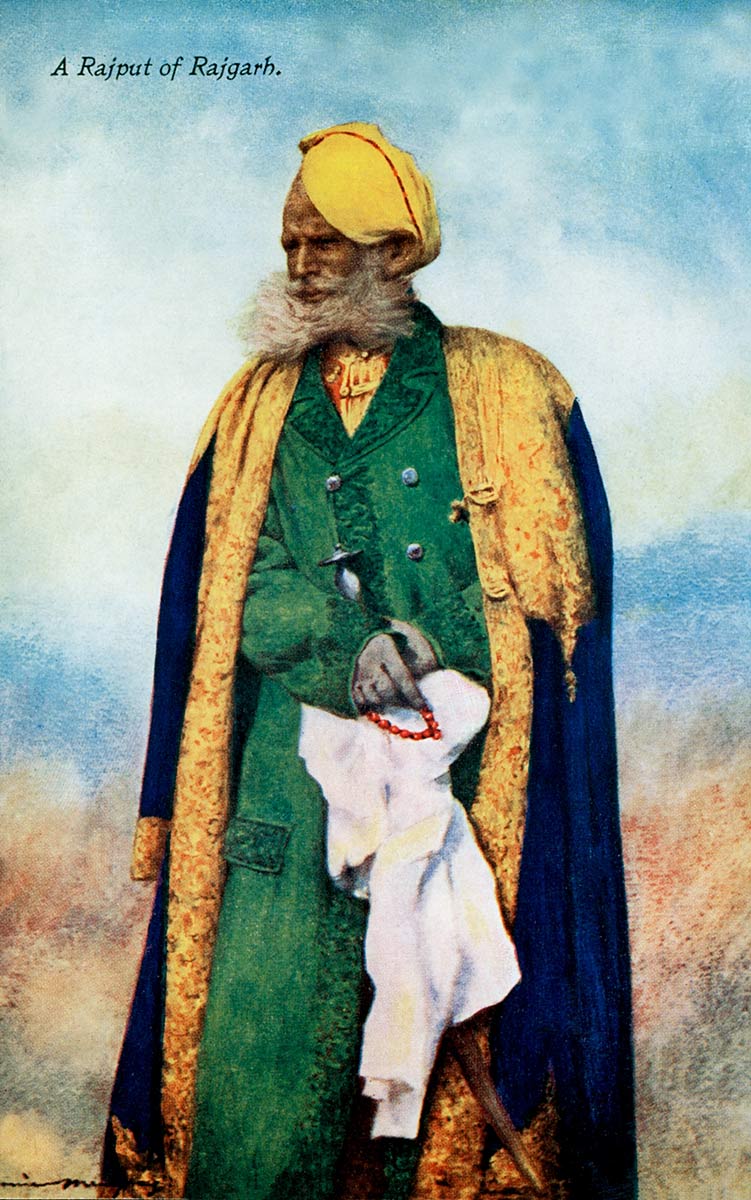 A Rajput of Rajgarh

A magnificent postcard by the Australian painter Mortimer Menpes (1860-1938), based on a visit to India he made for the 1903 Darbar. An ageing warrior is given life by dazzling colors. We hardly see his face but know this is a man of stature and pride, almost as if Menpes had decided to invest his character in his clothes and their colours even though Menpes complained that "my colour box did not hold such pigment; the brightest colours in my tubes appeared but dull and faded, and would not nearly correspond to the glowing tones of earth and sky, houses and shops [in India], and of the ever changing multitudes that thronged and filled the streets about me." (Menpes, World Pictures, 1903, p. 207)