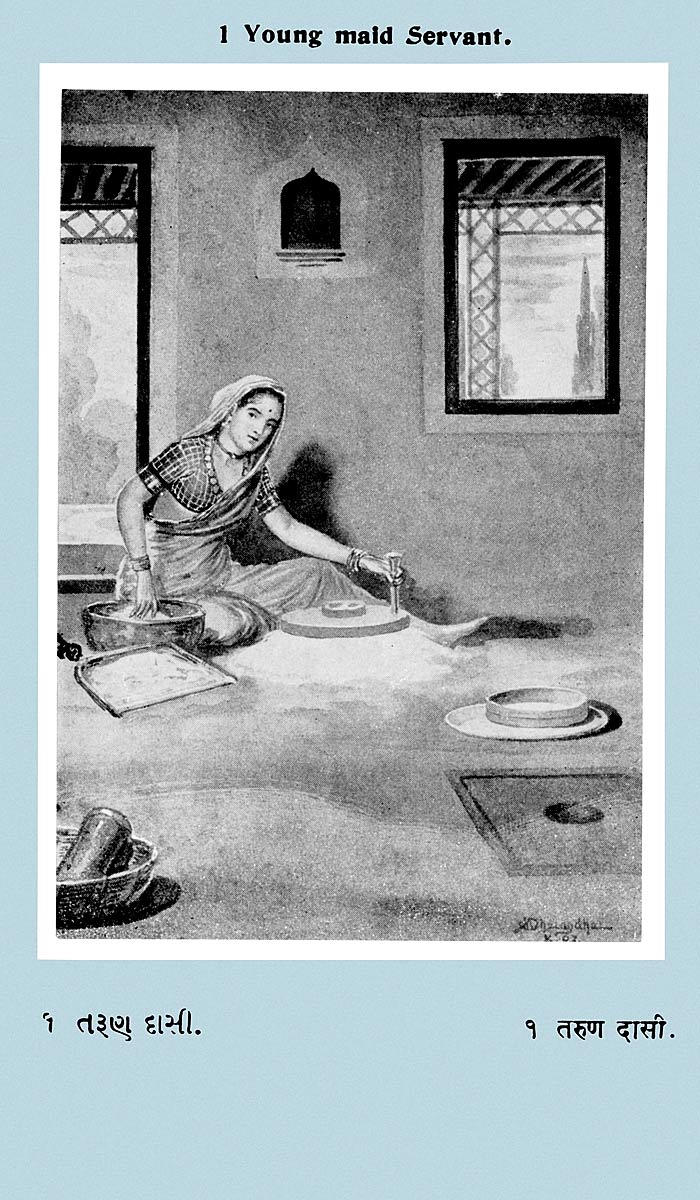 The most interesting of his Dhurandhar's later postcards were printed by The Lakshmi Art Printing Press. The Press belonged to Dadasaheb Phalke (1870–1944), a businessman who once worked at the Ravi Varma Press and had been a student at the J.J. School of Arts in Bombay. Dhurandhar’s work for Lakshmi Arts included at least two sets of narrative postcards. They prefigure the type of storytelling for which Phalke was famous; by 1912 he turned his attention to the moving pictures and became the father of Indian cinema.

The ten-card series Coquettish Maid Servant features titles in English, Gujarati and Hindi. All communities could understand this story of a pretty young maid who comes to work in a middle-class home. This is the first card in the series. [Next]