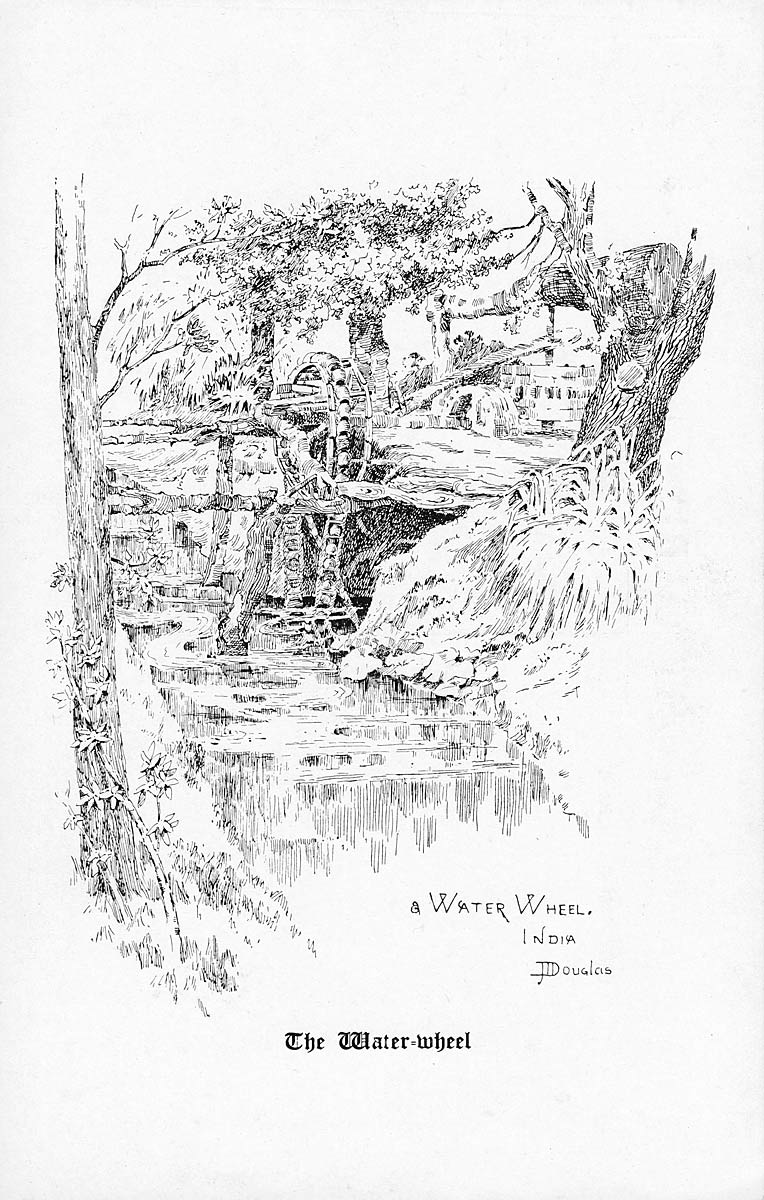 A rare artist-painted postcard, likely by an amateur. Sir Malcolm Darling (1880-1969), a "maverick" I.C.S. Officer who spent over 40 years in Punjab, was a friend of E.M. Forster, and who himself wrote a number of penetrating books on Punjabi villagers and their poor economic situation, wrote a nice piece about water wheels he listened to somewhere between Lahore and Nankana Sahib, quoting from a letter or diaries he kept in 1905 when he was a young officer of twenty-five:

"Till then the irrigation wells had been at work night and day, and throughout my tour the melody of the Persian wheels rotating their strings of earthenware buckets had been in my ears. Writing one evening, I note that 'It is the only sound that comes in through the open door, besides the random bark of a pye-dog: it is the very music of the East–a low continuous moan, almost a dirge, a feeling of suppressed pain, relentless, ceaseless, the kind of chant to come floating across the water from a ship of galley-slaves. There is something grinding in it, yet there is melody, and it is the mixture of the two that fascinates. Wherever you go you hear it: it is the sound the lulls you to sleep, the note that mingles with your waking dreams; in the hot weather, when the air is parched and nature breathless, when you toss on your bed and there is not a sound but this, it is uncanny–it must have driven many mad.' That was long before the earthen pot had been generally replaced by one of unmusical metal" (Apprentice to Power India 1904-1908, 1966, p. 41).