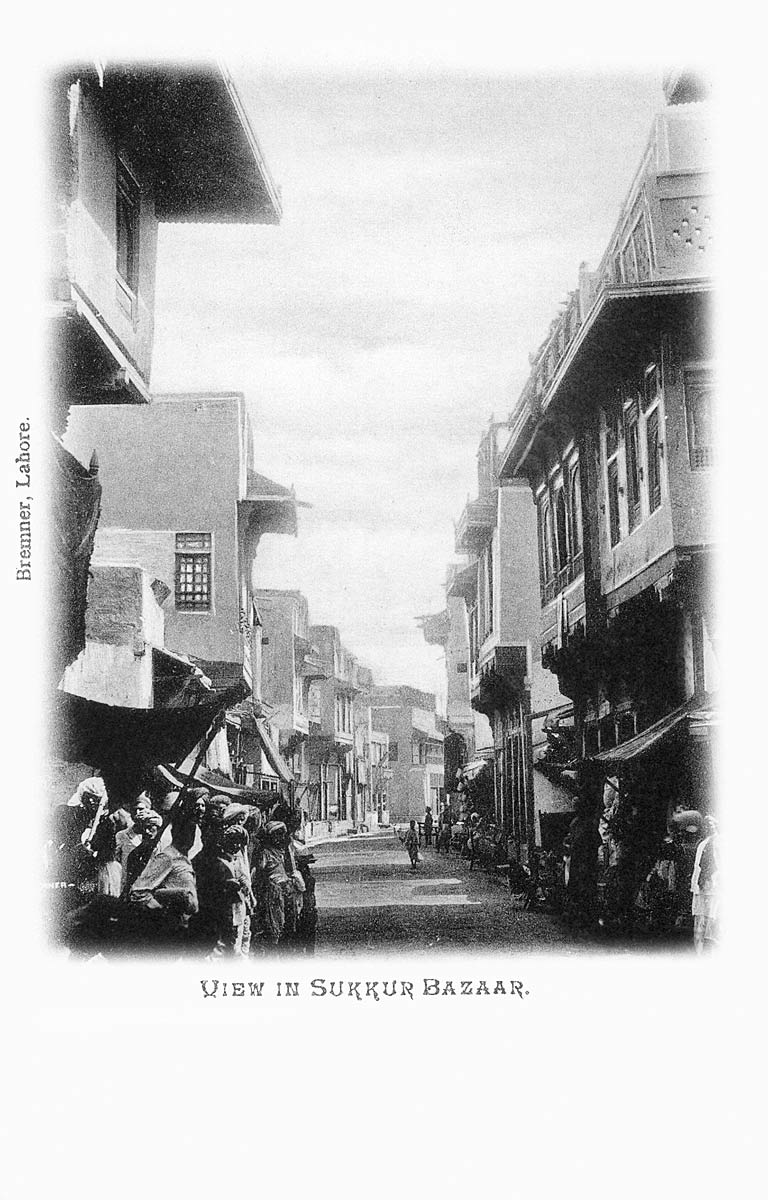 Bremner was among the very earliest postcard publishers of SIndh, and included a handful of views of Sukkur, a town not often photographed by colonial residents. Sukkur is an ancient city, perhaps one of the oldest in the province given recent archaeological work that locates an ancient Indus city, called Lakhan-jo-daro, under the present one. Excavations, which are ongoing and limited given how much of the city is built-up suggest that it was a very large settlement, and there is evidence for thousands of years of occupation. Lakhan-jo-daro would have been built just across the Indus from the Rohri hills, where flint mining goes back hundreds of thousands of years, and which was an important source of flint during Indus times as well so a metropolis nearby would make sense.

Postmarked April 5, 1905, Hyderabad Sind, and addressed to Miss Blathway, Llewellyn, Burnham, Somerset, England: "Sorry I haven't any time to write this week, but I expect to get home on 29th or 30th April. I come by P.S.O. 'Egypt.' CHB."