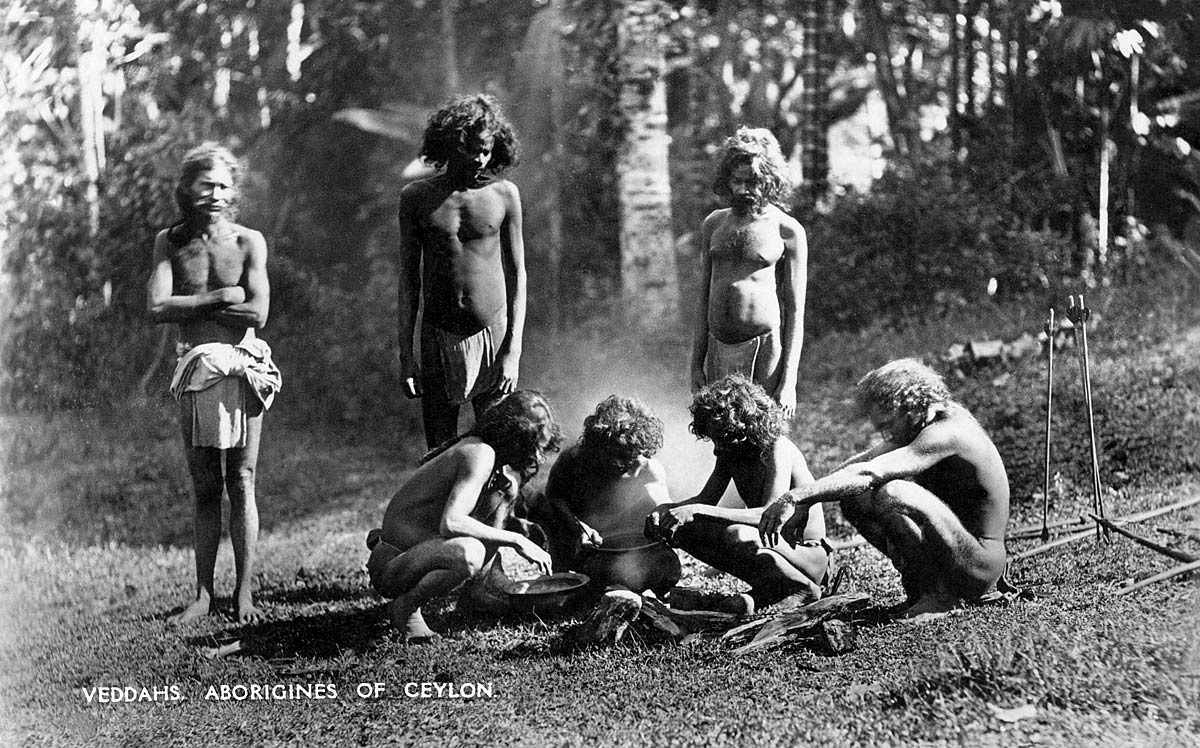 The original inhabitants of Ceylonese island, now called Sri Lanka, as far as we know were Veddas. Their presence on the island goes back tens of thousands of years, with many living in a forest belt that separated the northern Tamil population from the Sinhalese populations. The Veddas were said to once have ruled great cities and cooked with golden pots until their dominance was undercut by the Sinhalese arrival from India around the 5th century BCE.