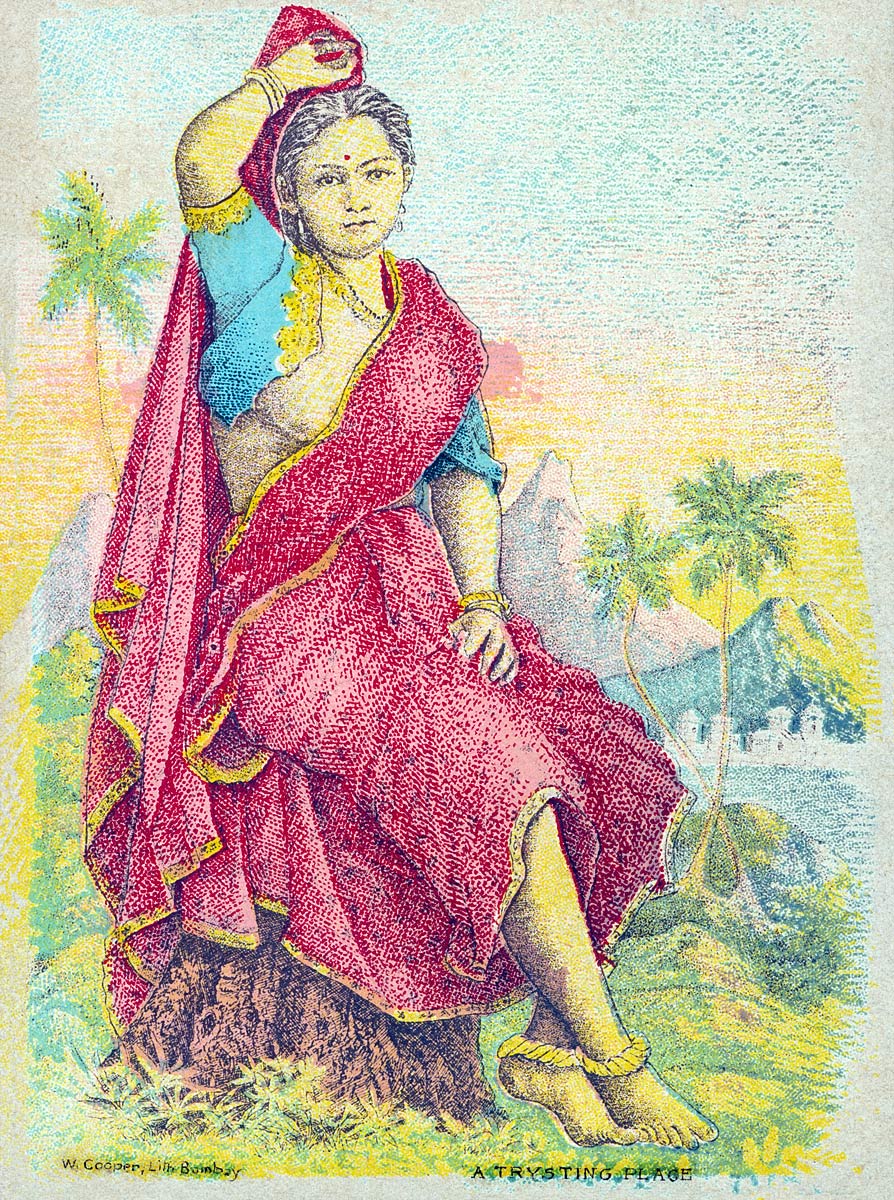 An extremely rare early postcard by an little-known lithographer, W. Cooper, in Bombay. It looks to crude to have been made at The Ravi Varma Press. Cooper seemed to prefer risque images. Out of the four such postcards, all feature different women in red saris. One is washing, one selling fruit, this one displaying herself, the fourth is interrupted with her male friend by another woman on a bicycle. The electrotype at the back (the imprint saying "POSTCARD THE ADDRESS TO BE WRITTEN ON THIS SIDE") is very similar to that of Women Baking Bread and a similar set of much more polished court-sized lithographic cards.