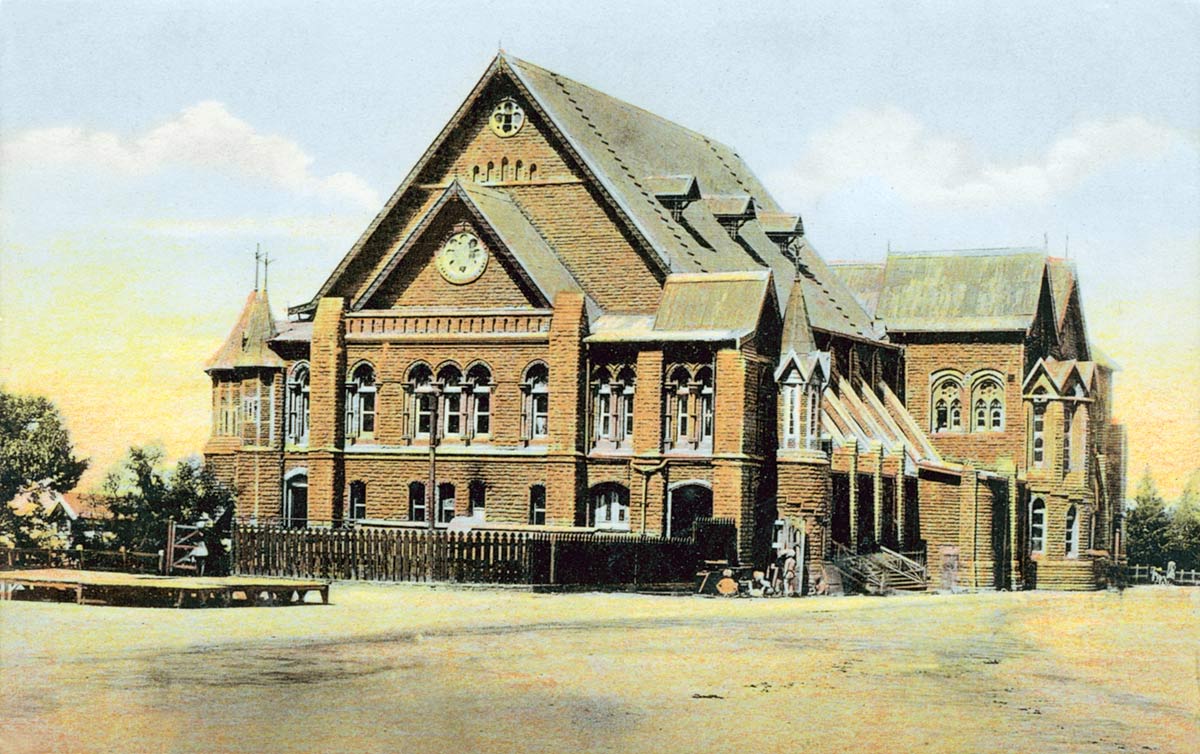 The old Town Hall once housed Shimla's municipal offices, library and Gaiety Theatre. This unwieldy Gothic-inspired structure, built in the late 1880s, only lasted until about 1913 when it was dismantled "due to sub-standard material, especially poor quality stone which was unable to withstand heavy loads or water corrosion had gone into the making of this building" as Raaja Bhasin writes, based on a later municipal engineering report, in Simla The Summer Capital of British India (2011, p. 277).