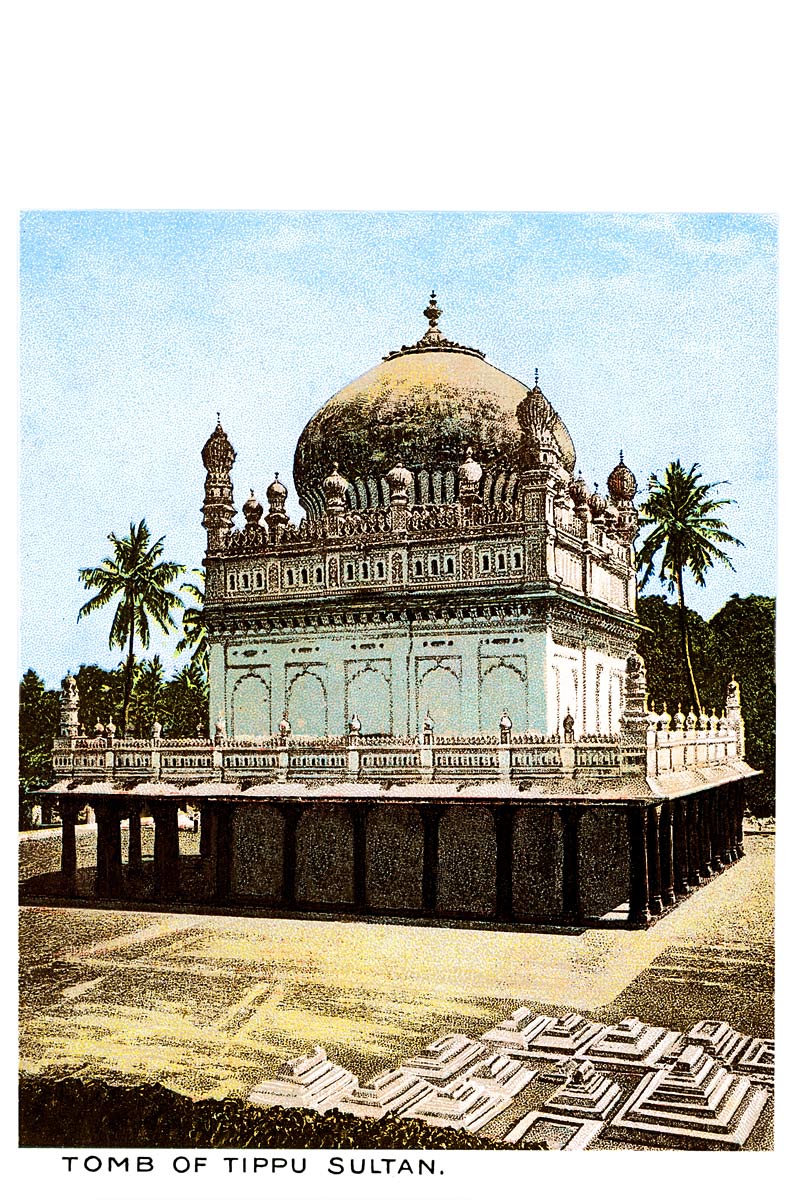 Tipu Sultan, perhaps the last formidable ruler the British had to defeat before taking over South India was killed on May 4th, 1799 at the end of the Fourth Anglo-Mysore War. Known as a harsh and controversial ruler, he was also well-advanced in warfare, employing French officers for example, and heroic in the battlefield which he refused to flee when death was at hand. He is also know for "Tipu's Tiger," a large wooden toy now in the Victoria and Albert Museum which has a tiger mechanically eating a British soldier.