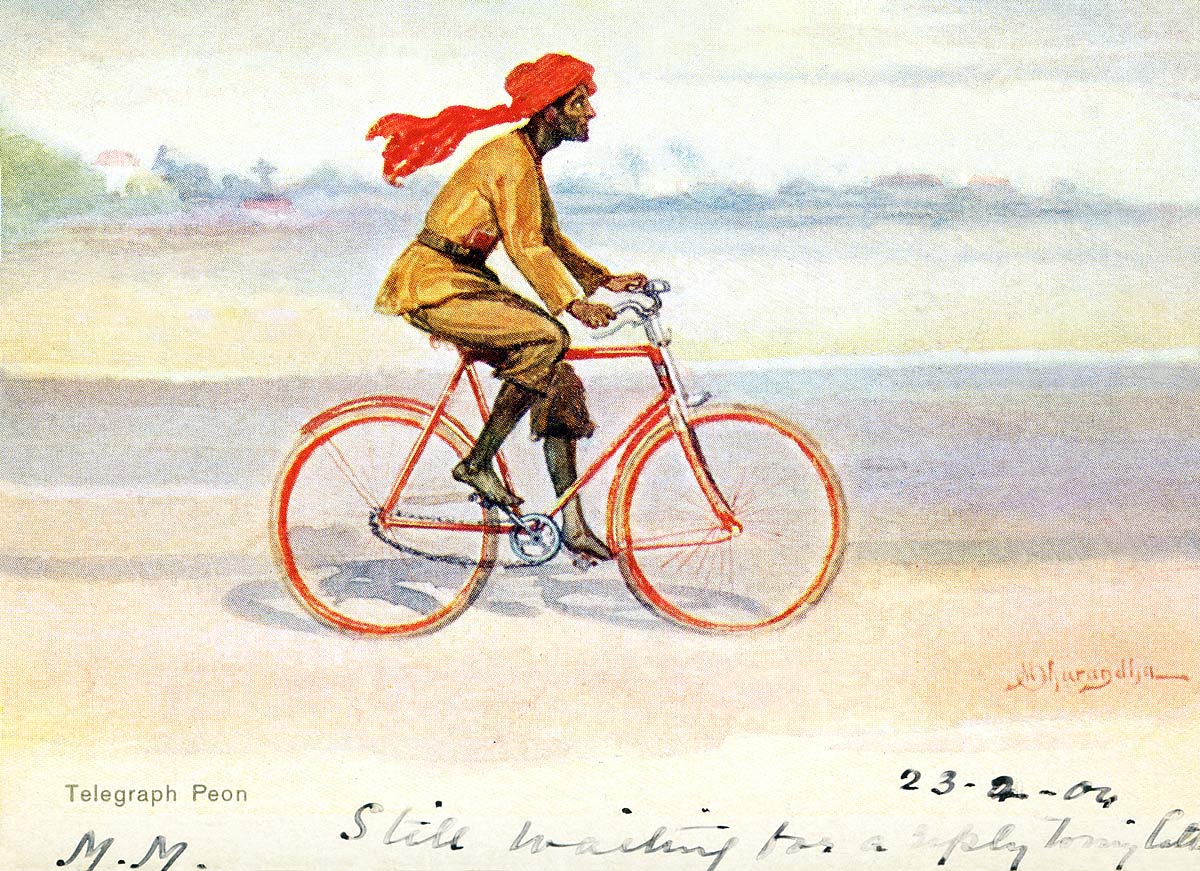 Another Dhurandhar postcard that captures the essence and humour of a telegraph peon using a bicycle to rush to his destination. Bicycles were novel to Bombay, and are shown in postcards from the late 1890s and early 1900s with all sorts of people including women riding them. Note the message on the front from February 23, 1904: "Still waiting for a reply to my letter M.M."