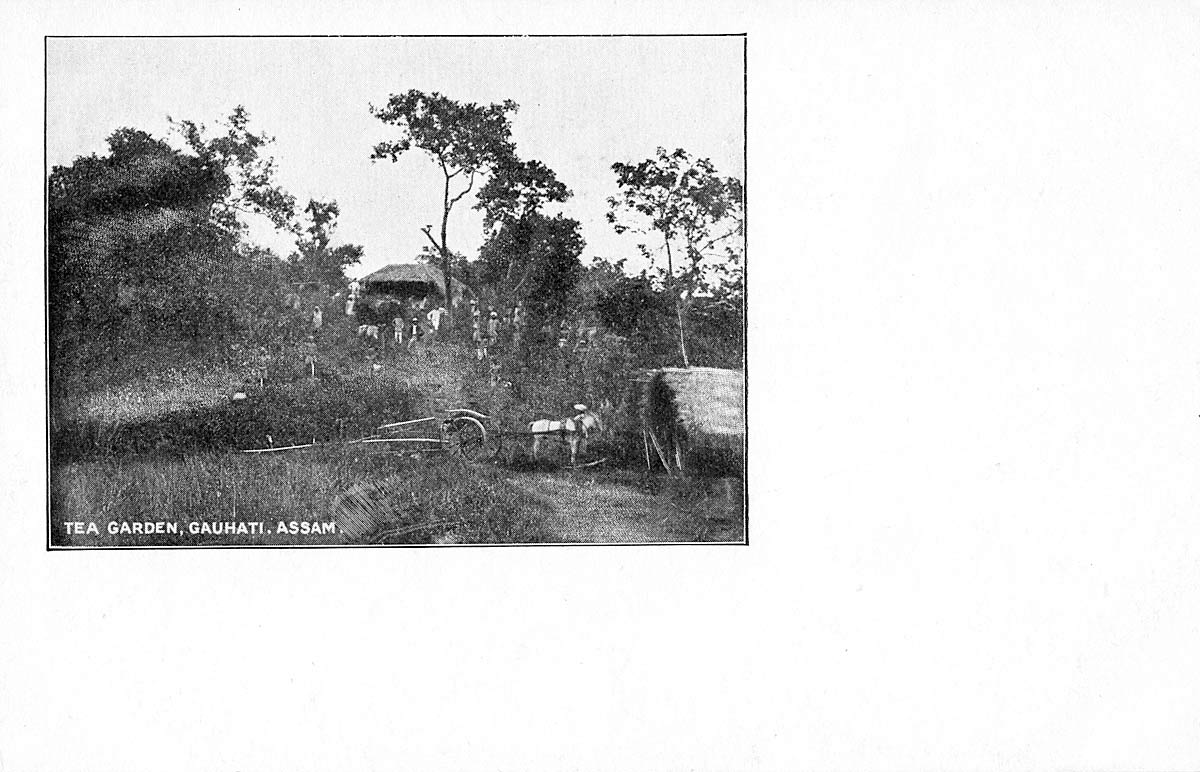 There are very few early postcards – besides a handful of missionary ones – of Assam, an area in northeastern India brought under British control in the first half of the 19th century following wars with the then Kingdom of Burma. For a while it was part of Bengal province, and only became a province in 1912 (and has since been sub-divided). Much of its development during the Raj had to do with tea plantations, for which forests were cleared and labor brought in from elsewhere, so it is fitting that this card shows a tea garden in Guwahati on the Brahmaputra River, now the biggest city in northeastern India.