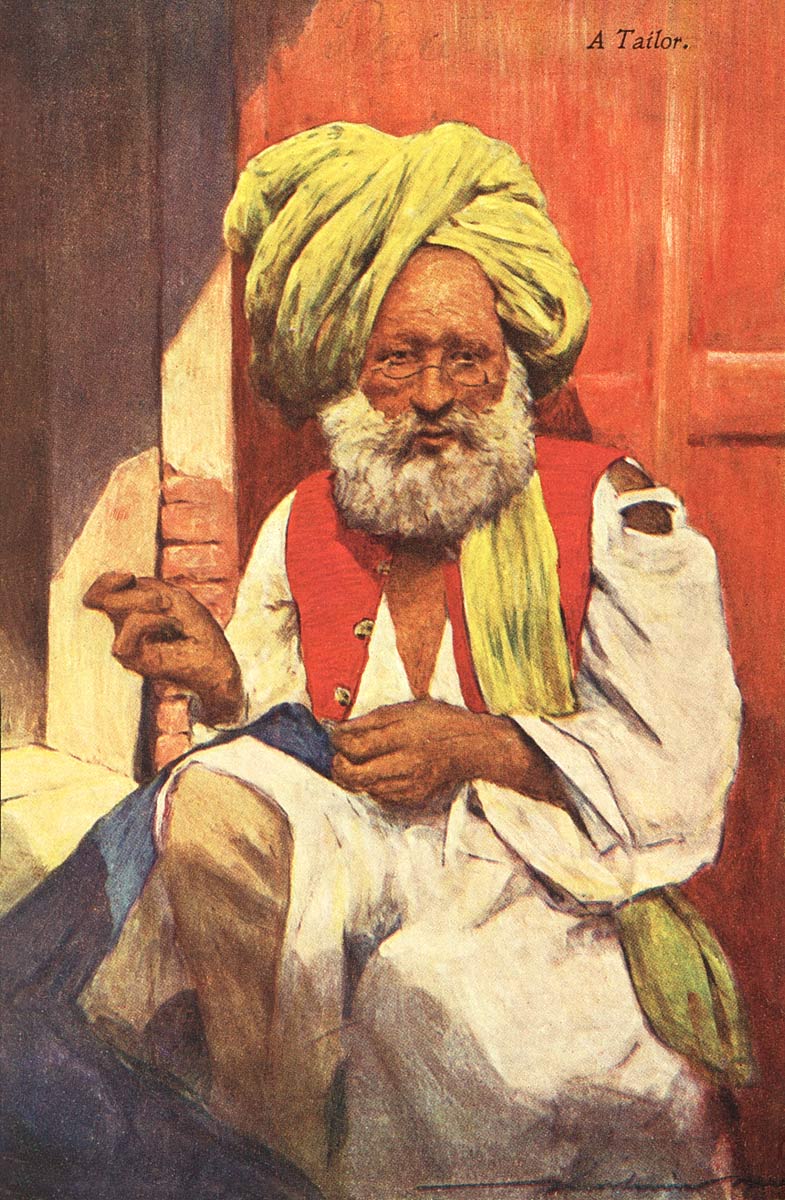 Mortimer Menpes was prominent early 20th century painter who made a well-advertised painting trip to India in 1903 for the Delhi Darbar. This image was the first in the book The Darbar written with his daughter Dorothy Menpes (1903) who accompanied him to India, and which was published by A. C. Black & Co., a publishing firm in London known for its high-end color printing. This postcard was used as a publicity card for the book.