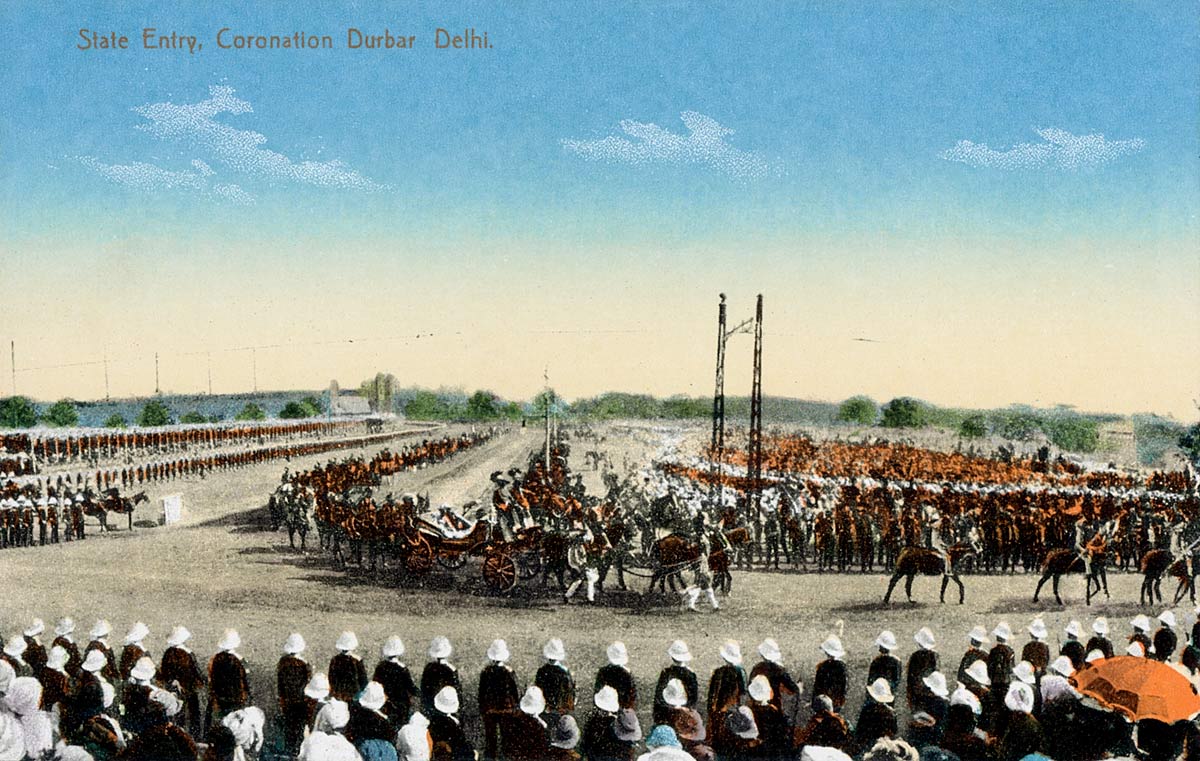 The final of the great three Darbars in Delhi - 1897, 1903 and 1911 - was also the most "postcarded" of Darbars, with numerous publishers seeking to out do each other with series illustrating the spectacle. While H.A. Mirza & Sons in Delhi probably produced the most postcards, another publisher, Hernam Dass & Sons in Ambala also produced a very similar set, likely printed also in Germany by Stengel & Co. in Dresden, the leading printer of postcards at the time. The Coronation Darbar celebrated the accession of George V and Queen Mary to the throne; it was the one Darbar where the royal personages actually made it to India for the event.