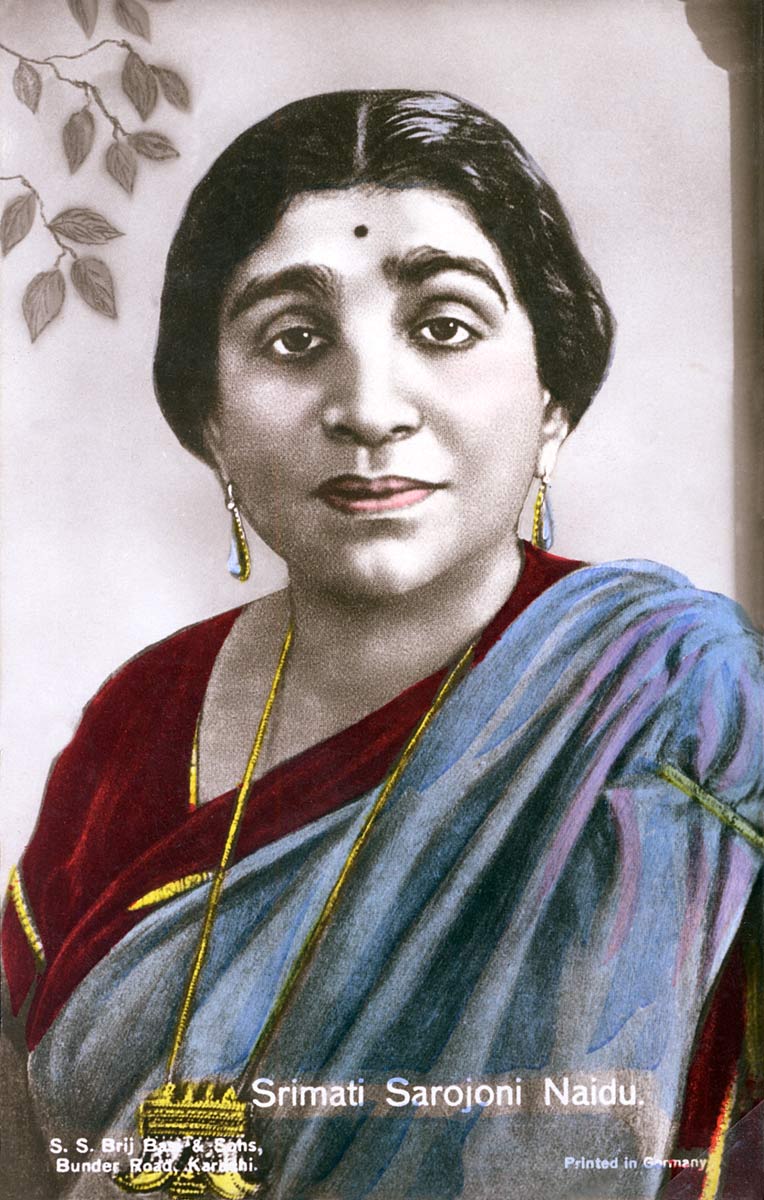 Srimati Sarojini Naidu, also known as the Nightingale of India, for her poetry.

Sarojini Naidu (February 13, 1879 - March 2, 1949), known as Bharatiya Kokila (The Nightingale of India), was a child prodigy, freedom fighter, and poet. She was the first Indian woman to become the President of the Indian National Congress and the first woman to become the governor of a state in India. She inspired countless freedom fighters on all sides of issues, from Congreee to the Muslim League.