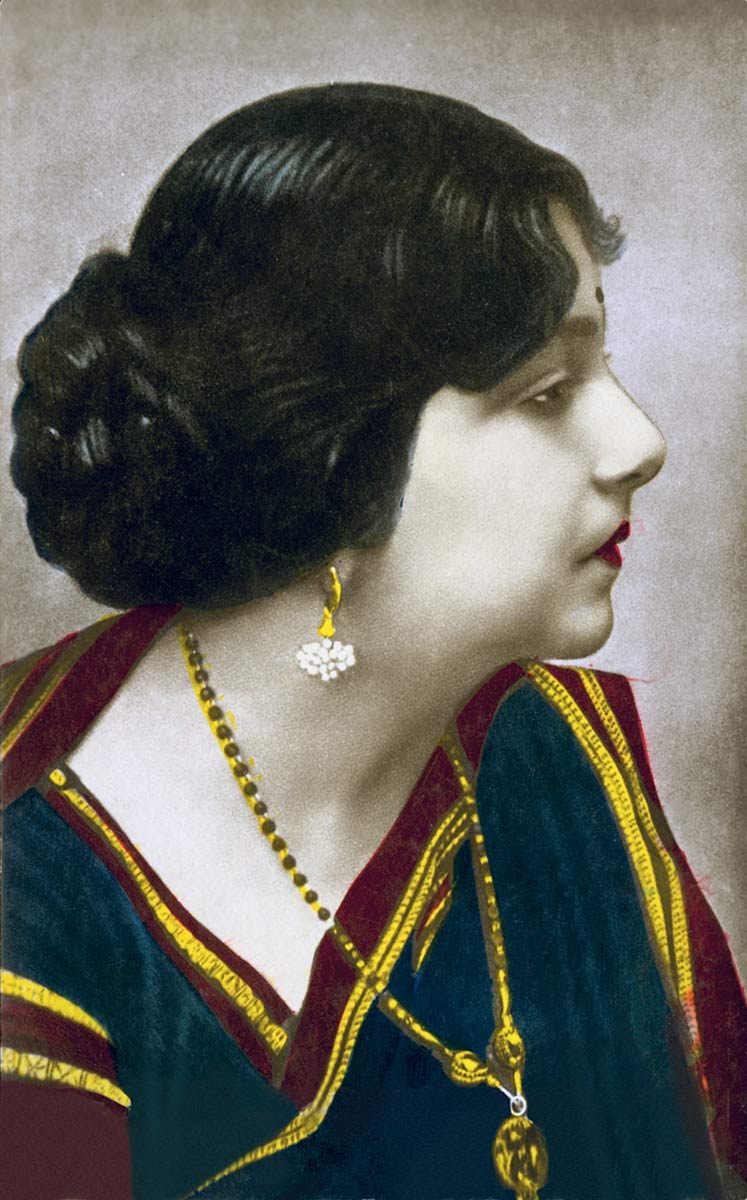 Kamaladevi Chattopadhaya was born into an intellectual family in Mangalore on the west coast of India. She became an active organizer of the women's and youth wing of the Indian National Congress and contributed to the changing face of the Indian women activists and political leaders.

The Turkish journalist and writer Halide Edib writes about meeting her in Mumbai in the late 1930s: "On January 9th, at seven o'clock in the morning, the boat reached Bomaby. The first face to welcome me was that of a young woman with a red mark on her smooth bronzed forehead. She was Kamaladevi Chattopadhyaya, an outstanding figure in the life of young India. I did not know that then, but even if she had been a nobody I would remember her still. The sensitive lips, the perpendicular lines at the corners of the mouth which came and went: nothing sharp about the lines of that beautiful face. All merged into pleasing curves and that masterpiece of a smile played upon it. She has thick and straight eyebrows over her lustrous coffee-coloured eyes. They were a relief to see after daily contact with women on the boat who had the plucked, curved eyebrows of fashionable Europe" (Inside India, 1938, p. 20).