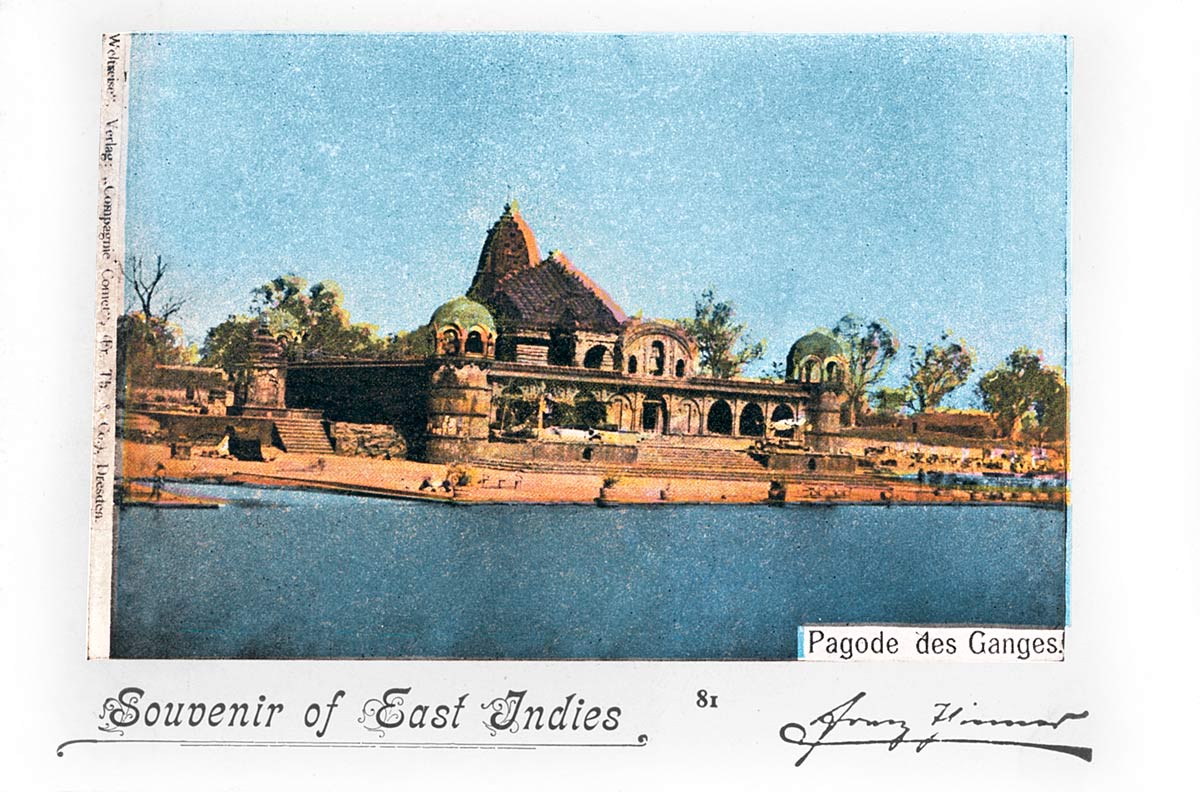 Among the earliest postcard series of India, with postally used samples dating back to 1897, according to Ratnesh Mathur, co-author of Picturesque India. Interestingly this is a crude halftone image about a decade before halftones became the print type of choice for postcard publishers; in the late 1890s lithographs and collotypes still were most common. Note too the use of the word "pagoda" when it is a Hindu temple that is shown. "East Indies" was also a term not used that much by the early 20th century, with simply "India" much more frequent.