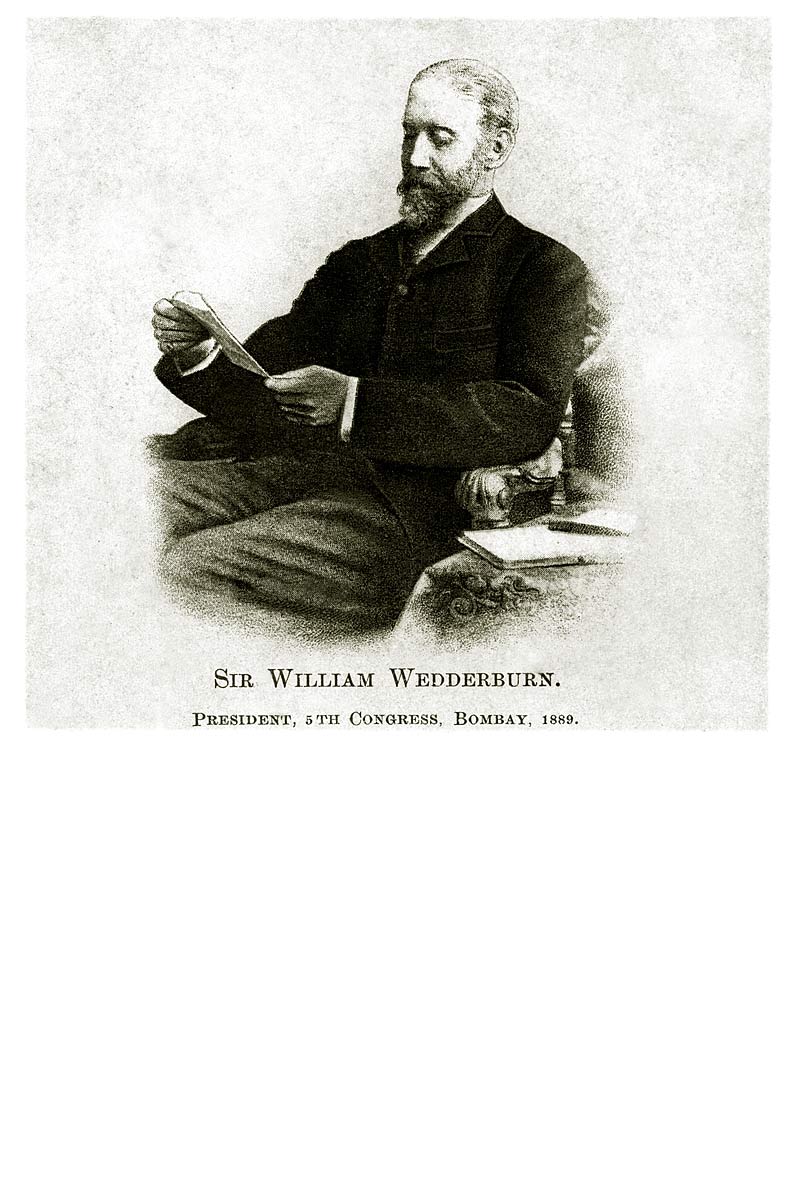 One of the least known strands in the Indian struggle for Independence is the role of many different British supporters of freedom from Imperial rule. About one of these Kusoom Vadgama writes in her enlightening volume India British Campaigns in Britain for Indian reforms, justice & Freedom 1831-1947 (London, Banyan Tree Publishing, 1997): "Sir William Wedderburn, however, played a pivotal role for India in the nineteenth century. He commands a special place in the story of India's freedom. His influence in the counsels of the Indian National Congress and its British Committee and its journal India contributed greatly to their success. . .. There was hardly any meeting or committee, public or private, official or unofficial, concerned with India that Sir William Wedderburn was not involved with. He shepherded India's cause through modest gatherings to mass meetings all over the country, thereby making it an issue the Government could not ignore. Wedderburn was a master at public relations, doing the right thing at the right time for the right reasons. . .. He was elected President of the Indian National Congress in 1889 and in 1910. On the eve of his departure to India as President-elect of the Congress Session in India in 1889, a farewell luncheon was held for held for him in London, attended by over 70 guests and journalists, among whom were Dadbhai Naoroji and Sir William Hunter. The luncheon was reported in detail by over a dozen British national newspapers. In His speech Wedderburn said: 'Vast masses of India are altogether unrepresented. They have no voice in the management of their own affairs. Now they have found a voice in the Indian National Congress through which to address the people of England'" (Vadgama, pps. 15-17).