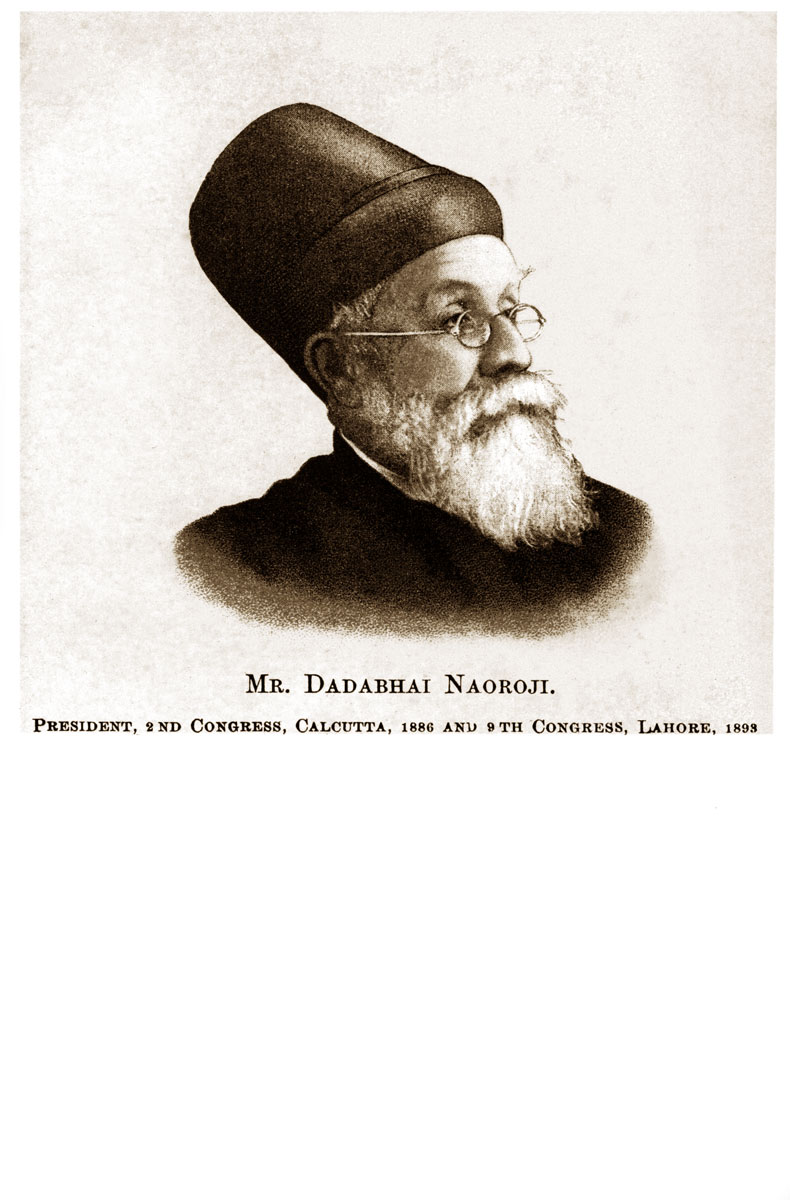 Also known as the "Grand Old Man of India", Dadabhai Naoroji is one of the men who laid the intellectual foundations of the Indian freedom struggle towards the end of the 19th century. Dadabhai Naoroji (1825 - 1917) founded the Indian National Congress along with another Parsee, Dinshaw Edulji Wacha and a British journalist, A.O. Hume. Dadabhai Naoroji moved to London to continue his struggle, where he became the first Asian elected to British Parliament in 1892. As someone who always fought for justice in through constitutional channels, he remained an inspiration to the next set of Indian leaders on all sides, including Nehru and Jinnah.

This early postcard shows how quickly this then new media form became part of the Independence struggle.