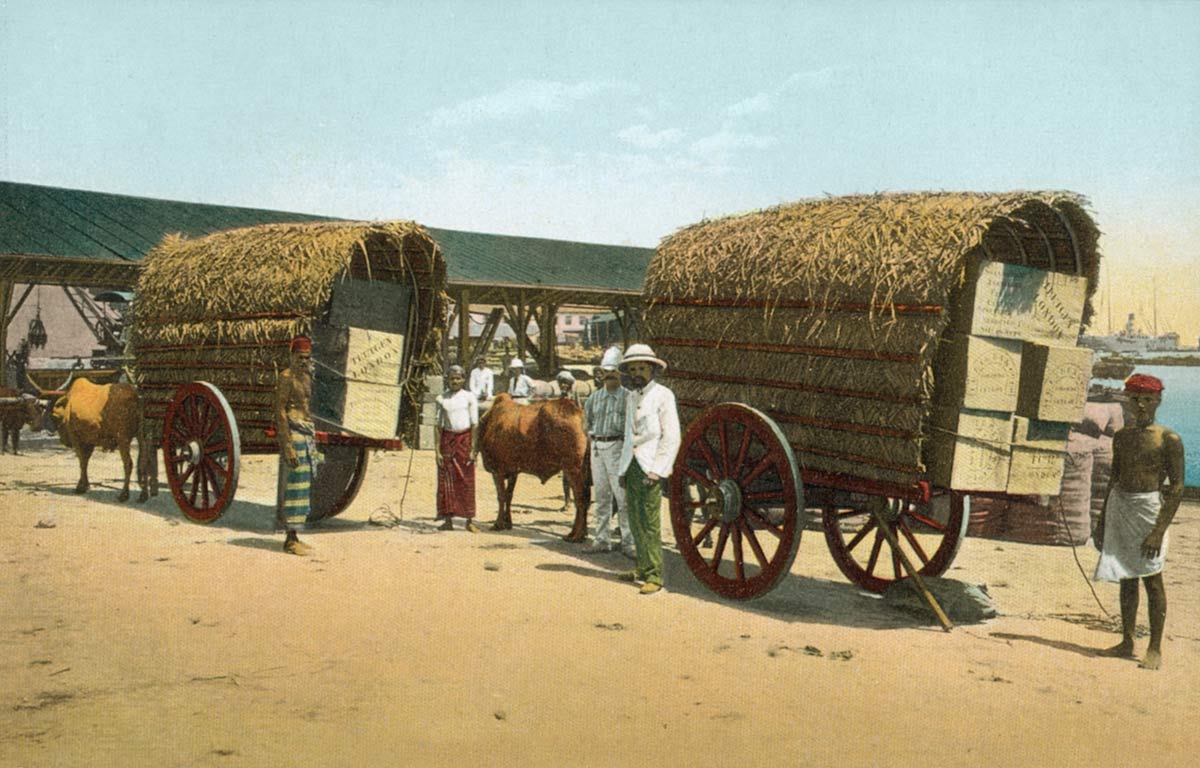 In the 1860's the coffee rust fungus disease destroyed much of the the coffee industry of Sri Lanka. In the late 1860s, a Scotsman named James Taylor established the first multi-acre tea plantation in the country. Within a few years the first tea consignments were being sent to England. In 1897 tea replaced coffee as the island's biggest export and Ceylon tea became the brand name around the world it still is today.

Carts like these were used to bring dried tea from plantations to harbors, and the loaded tea cart became a symbol of Lipton and other prominent tea companies; postcards like this charted the movement of the crop from plantation to what can barely be glimpsed in the background is Colombo harbour.