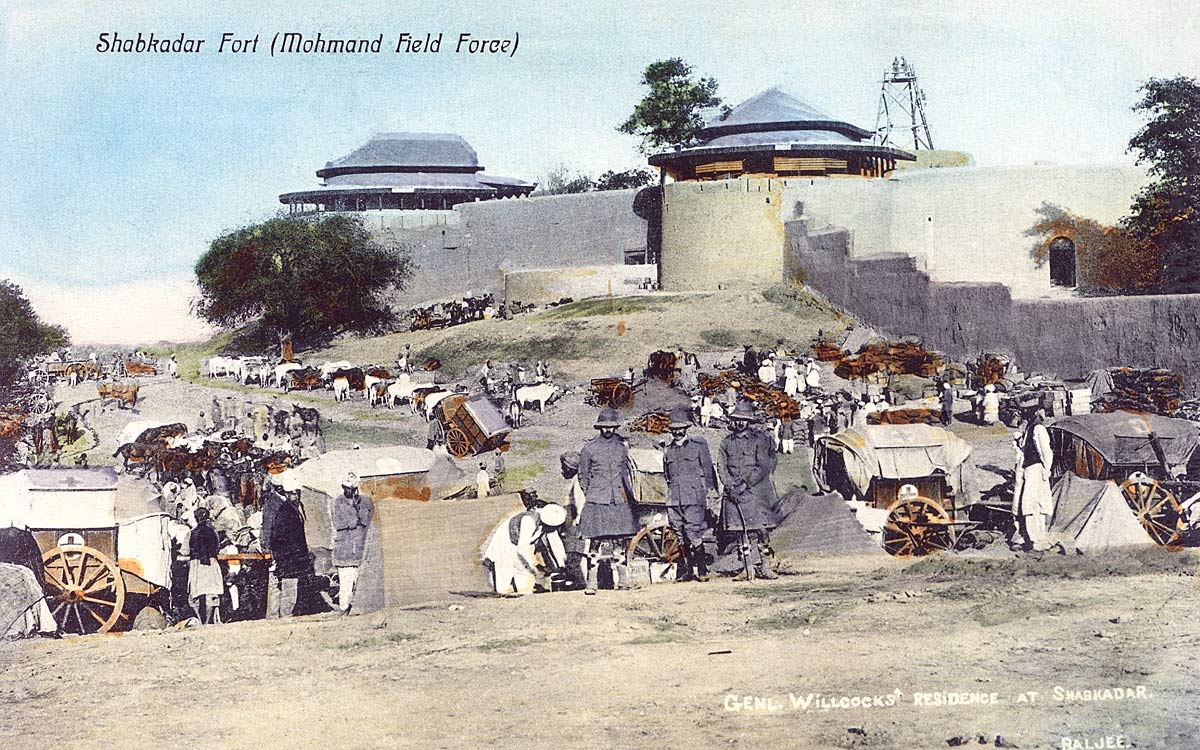 This Mohmand conflict in 1908 was with the so-called “Hindustani Fanatics” who found sanctuary from the Sikhs in the mountains north of Swat in Northwest Frontier Province (NWFP, now KPK or Khyber Pakhtunkhwa) in the 1840s (they survive to this day). On April 24th, 1908 they inspired thousands of Mohmand tribesmen to launch an attack into Peshawar district. The Mohmands lived on very arid land adjacent to the Khyber Pass, and often had no recourse but to raid settled areas. They were repulsed by British Indian troops; the press referred to the fighting as a “weekend war” even when, unusually, fighting extended into the summer months that year. Thousands of troops passed, eighteen miles outside of Peshawar, through Shabkadar Fort, which became a focus of postcard, paintings and other military imagery in the British press.

Compare this finely hand-tinted version with a black-and-white version by the military photographer Baljee who accompanied the "Mohmand Field Force" as it was known on its campaign that year. As the postcard illustrates, armies traveled with enormous amounts of baggage in those days. The slits in the fort were common in Frontier fortifications and testifies to the danger the British troops perceived around them.