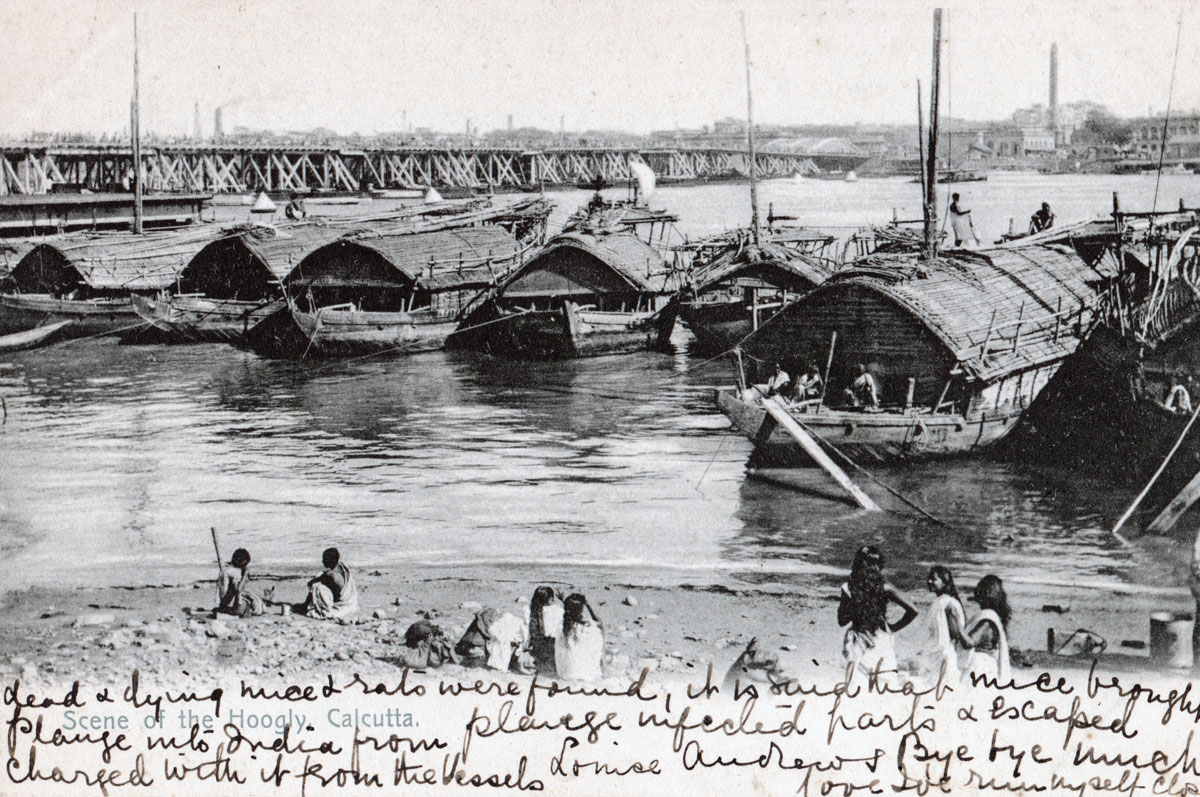 Scene of the Hooghly, Calcutta.

Handwritten on the back is a part of a longer message that discusses the plague then present in Bombay: “A poor soldier got it but recovered a Sergeant’s child died of it & Major Murray has been very ill and is only a little better. The Civil Surgeon has ordered a gun fired at noon & ½ past 9 at night to be stopped as the poor man’s heart is so weak, & on that we have had terrific thunderstorms. They have covered the streets with grass right round his house to deaden the noise of carriage wheels, poor man I hope he will recover. It is dreadful when this scourge comes so close to one. But we can better understand what the poor natives are suffering. Major M. contracted it when inspecting some quarters where dead and dying mice and rats were found, it is said that mice brought plague into India from plague infected parts & escaped charged with it from the vessels. Louise Andrews Bye bye much love I’ve run myself close [to the end of space on the postcard].”

Ms. Andrews hunch is correct, the plague was brought by rats and mice via ship from other parts of the world.