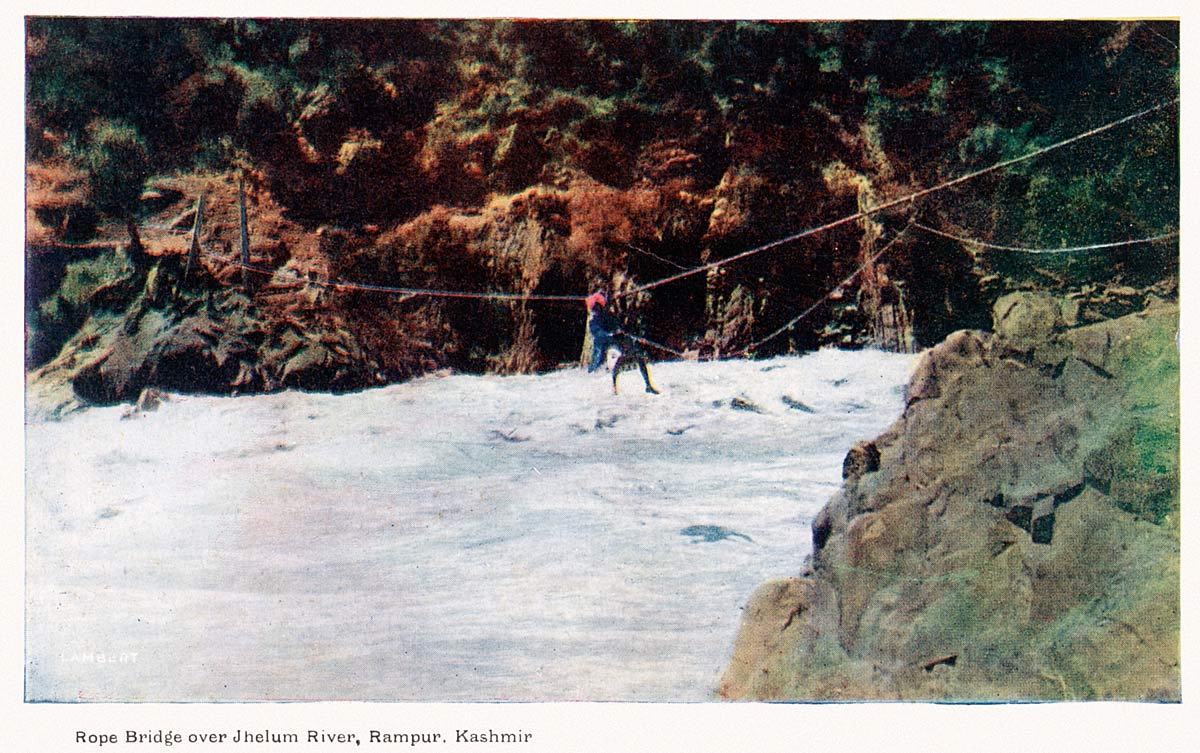 Rope bridges, a death-defying way of sliding across rivers and canals in Kashmir were described by the American photographer James Ricalton: "Among the Himalayas several kinds of primitive bridges are in use; there are two kinds here before us now. The one we see in use consists of a single strand of raw-hide rope made fast to either shore by an anchorage of stone, and then elevated and supported by a few rude sticks. A saddle or carrier is made from the crotch of a tree inverted over the rope; a loop of rope is attached to each pending arm of the saddle; through these loops the legs of the passenger are thrust, while his hands clutch the projecting top of the saddle. A small pull cord extends from the saddle to a bridge-tender on each side of the river...those huge, ragged strands suspended cross to the right and up the river...are the remains of a former bridge...formed by two heavy cables of twigs or withes, bound and interlaced to a thickness of about five inches; those were held apart and supported by transverse sticks which can be seen still dangling from the unbroken cable. For the foot-way, sections of split timber or bamboo were placed at stepping distances on the cables." (India Through the Stereoscope, 1907)