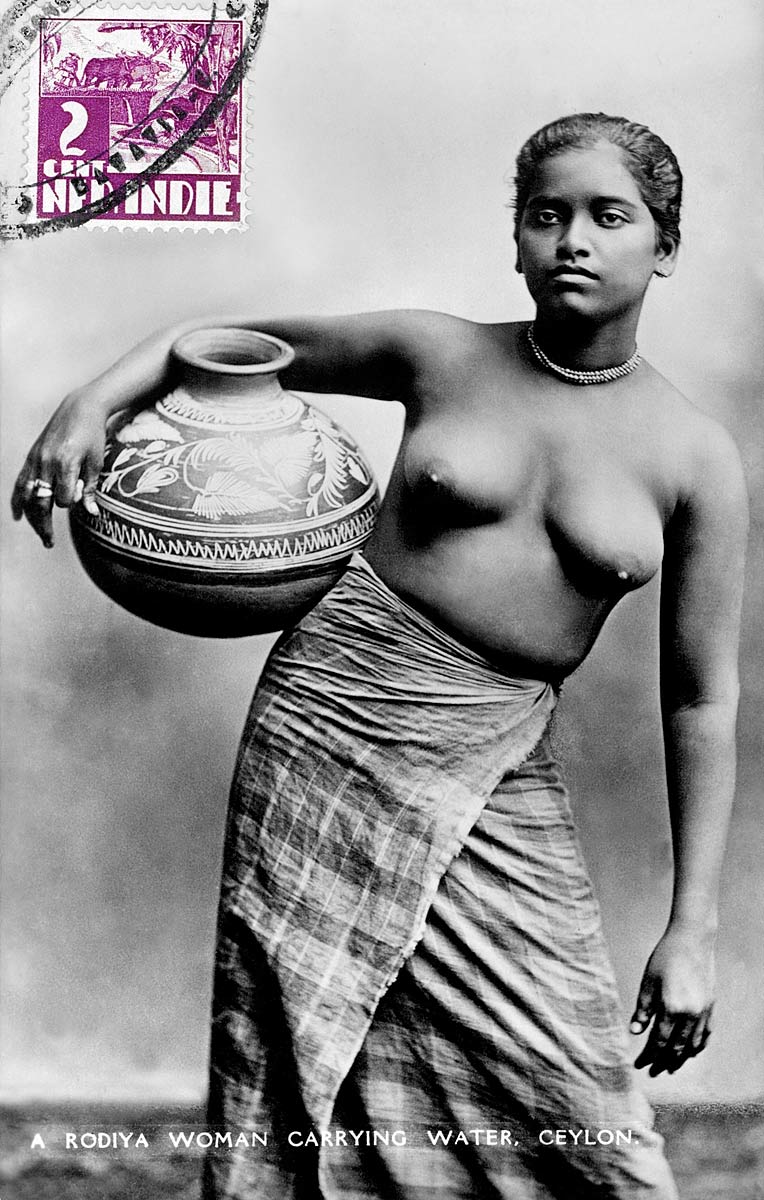 Plate & Co., like many Ceylon-based firms, published semi-nude postcards of women, more common here than even in South India, including this card with a nicely placed purple stamp. Rodiyas, a “hunting” caste, are said to have dishonoured an early ruler of the island, and thus been condemned to live as “untouchables.”.The most common nude or semi-nude women shown in these cards are drawn from this caste group. Their loosely regulated interactions with the ruling clans were said to explain their unusually good looks: nobles who ran afoul of rulers could find their wives and daughters banished into the Rodiya caste.

This card was sent from Dutch Indonesia ("Batavia") to Madagascar around 1910.