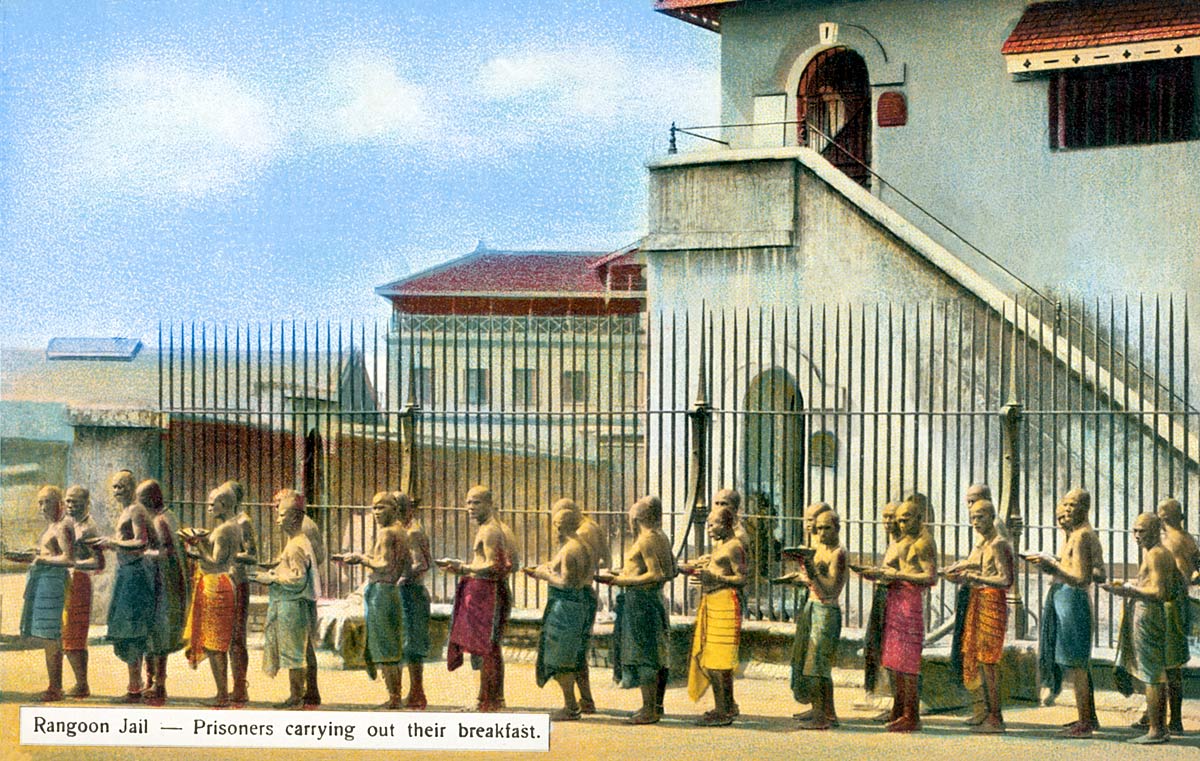 D. A. Ahuja published a number of postcards of Rangoon jail, including the scene just before this one, while they are waiting for their breakfasts. According to one account of the Burmese prison system, "The annual reports on the prison administration of British Burma each run to 50 pages or more, come laden with statistical appendices, and are supplemented with reports by India-wide jail commissions, jail riot enquiries, and special investigations. The number of inmates who contracted malaria in the Rangoon Central Jail in 1908, the number flogged at Mandalay in 1920, the details of diet and death are all recorded. This detail, in particular its sheer volume, gives the impression of a colonial prison administration with immense control and authority, with extraordinary capacity and reach. But the day-to-day dynamics of colonial Burma’s prisons may well have been very different. As indicated earlier, authority within the prison lay less with the European superintendents or the Indian warders, but with the Burmese convict staff. Physically, culturally, and linguistically close to the mass of inmates, they were decisive in the running of the jails, and often used their position for personal gain, but in ways that eased the harshness of the prison regime" (Thet Thet Wintin and Ian Brown, Colonial Burma's prison: continuity with its pre-colonial past? IIAS Newsletter #39, Dec. 2005, p. 5).