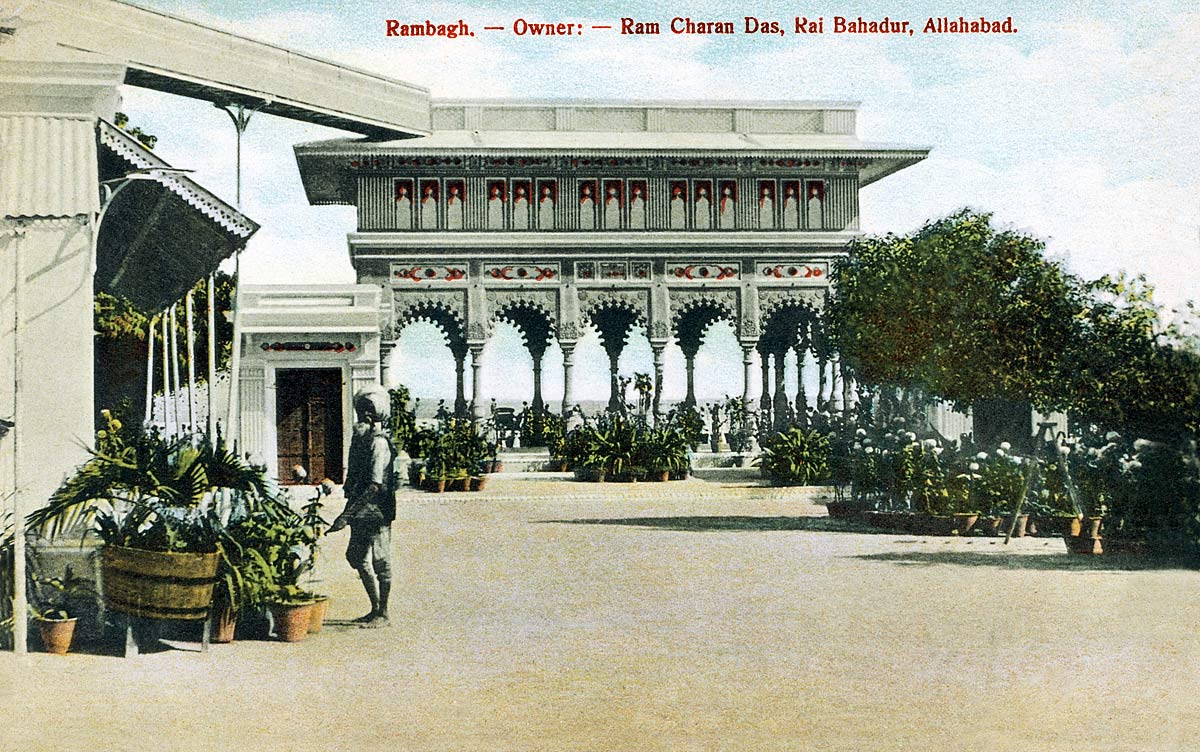 A curious postcard, referring to a home or gardens or hotel owned by one Ram Charan Das, described as "a banker, and Honorary Magistrate of Allahabad. Was granted the title, as a personal distinction, January 2, 1893. Residence: Allahabad, Nor-Western Provinces" (Sir Robert Lethbridge, The Golden Book of India: A Genealogical and Biographical Dictionary of the Ruling Princes, Chiefs, Nobles, and Other Personages, Titled Or Decorated, of the Indian Empire, with an Appendix for Ceylon, 1900, p. 254).