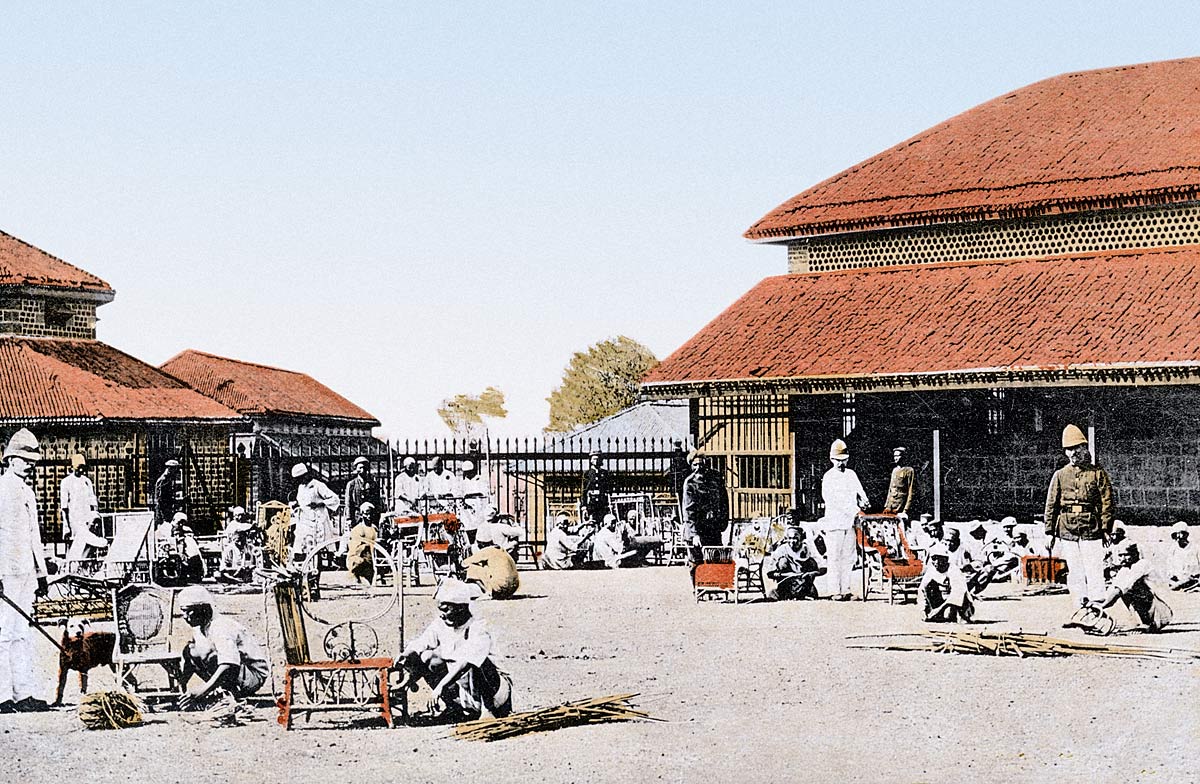 Yerwada Jail was one of the most famous in India. Convicted prisoners in Indian jails are often given different tasks while they serve their sentence like preparing meals for the inmates, doing laundry and making cane chairs. Yerawada Jail in Pune was where Gandhi was held at different points during the Independence struggle, and it was probably because of these rehabilitation efforts that it was the most frequently depicted prison on postcards. Most recently the Indian actor Sanjay Dutt was held here as well.