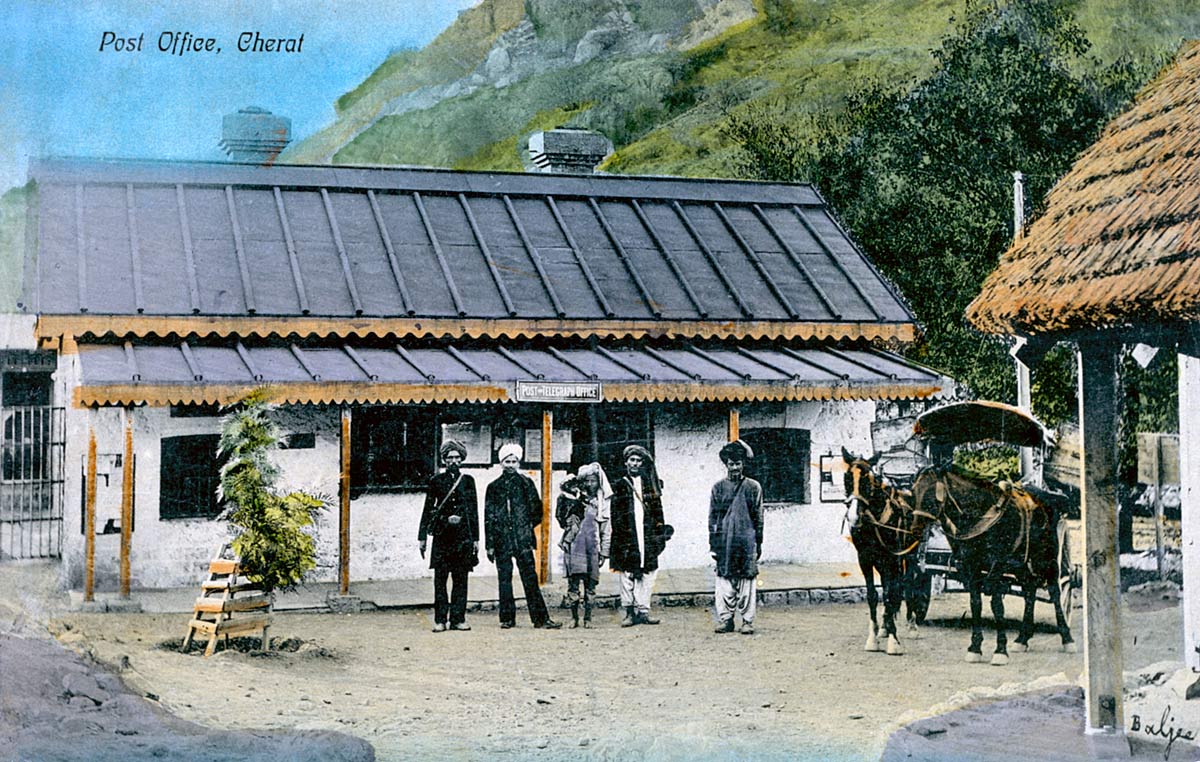 Illustrated postcards often celebrated the post offices that made their rapid spread possible. This was a particularly popular postcard even though Cherat, 4,500 feet above sea level, was a distant army cantonment in the Northwest Frontier Province (NWFP, now KPK). From here many British military expeditions were launched along the Afghan frontier, and it is likely that Baljee, the photographer who published it, often came through as he accompanied the troops as a military photographer.

[Verso, Not postmarked] “I. Nasirabad India 10/8/11 Dear Miss Stacey I am so very pleased to let you know that I am quite well again, after an illness of two”.