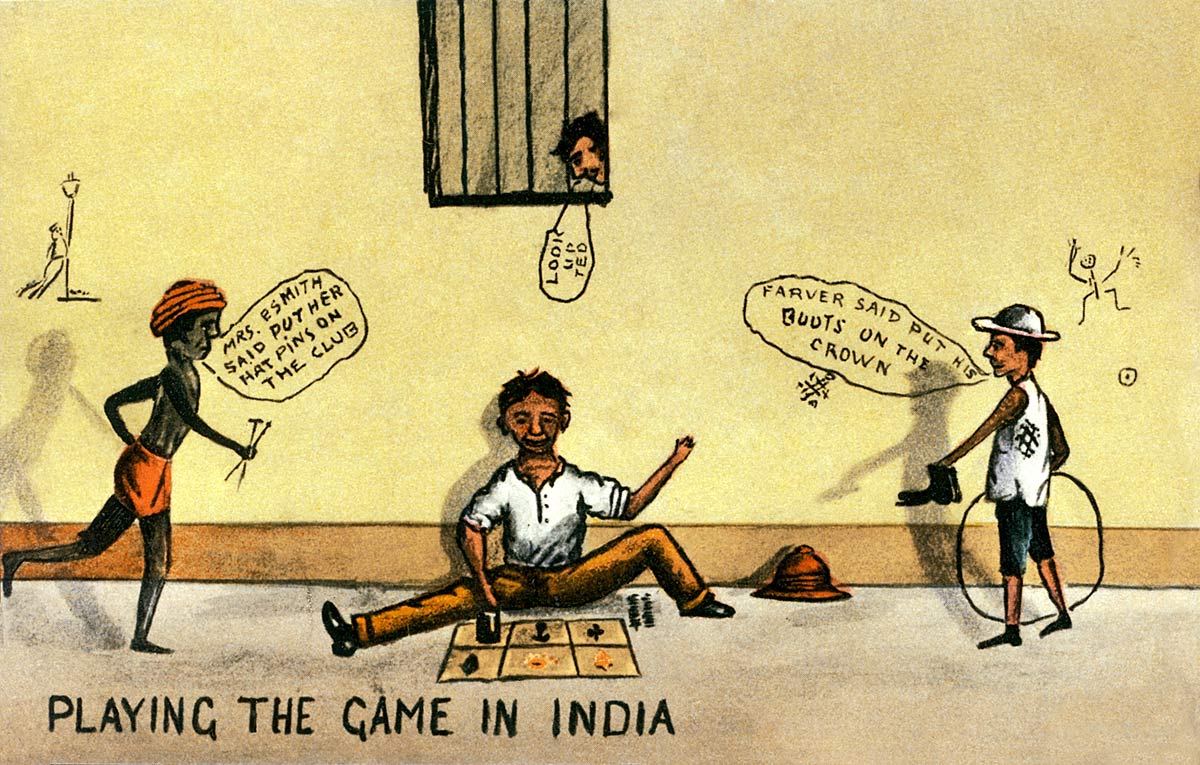 Playing the Game in India

A humourous card from Moorli Dhur & Sons referring to gambling, a habit which many British soldiers in particular – at least from the postcard evidence – seem to have indulged in. The servant on the left is saying "Mrs. Esmith said put her Hat Pins on the Club." On the right a subaltern says "Farver said to put his boots on the Crown," showing great disrespect. Above the gambler his likely future is depicted by another man behind bars: "Look up Ted."