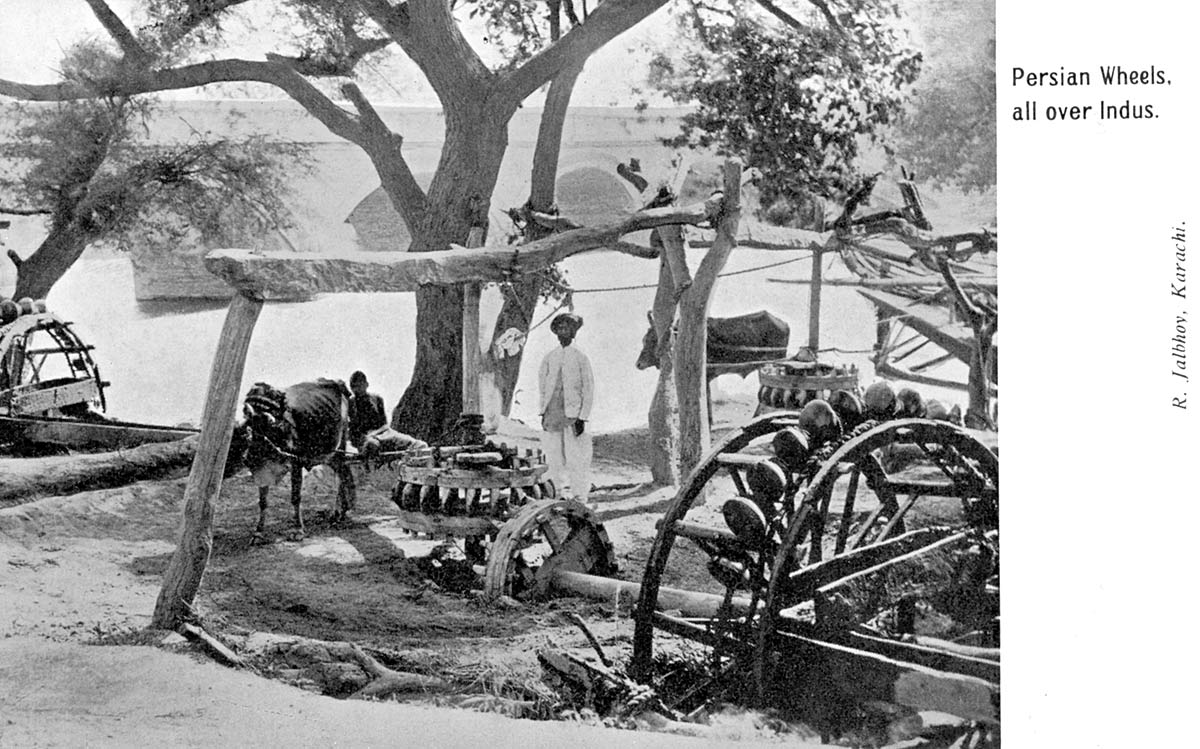 Persian Wheels all over Indus

"Persian" is likely a misnomer; the traditional waterwheel method of lifting water probably came from the area and went to Persia and came back centuries later under a new name. Ananda K Coomaraswamy argued that its origins in the subcontinent could be traced back to at least the 3rd century BCE, with its name being derived from the fact that it became so popular in Persia.