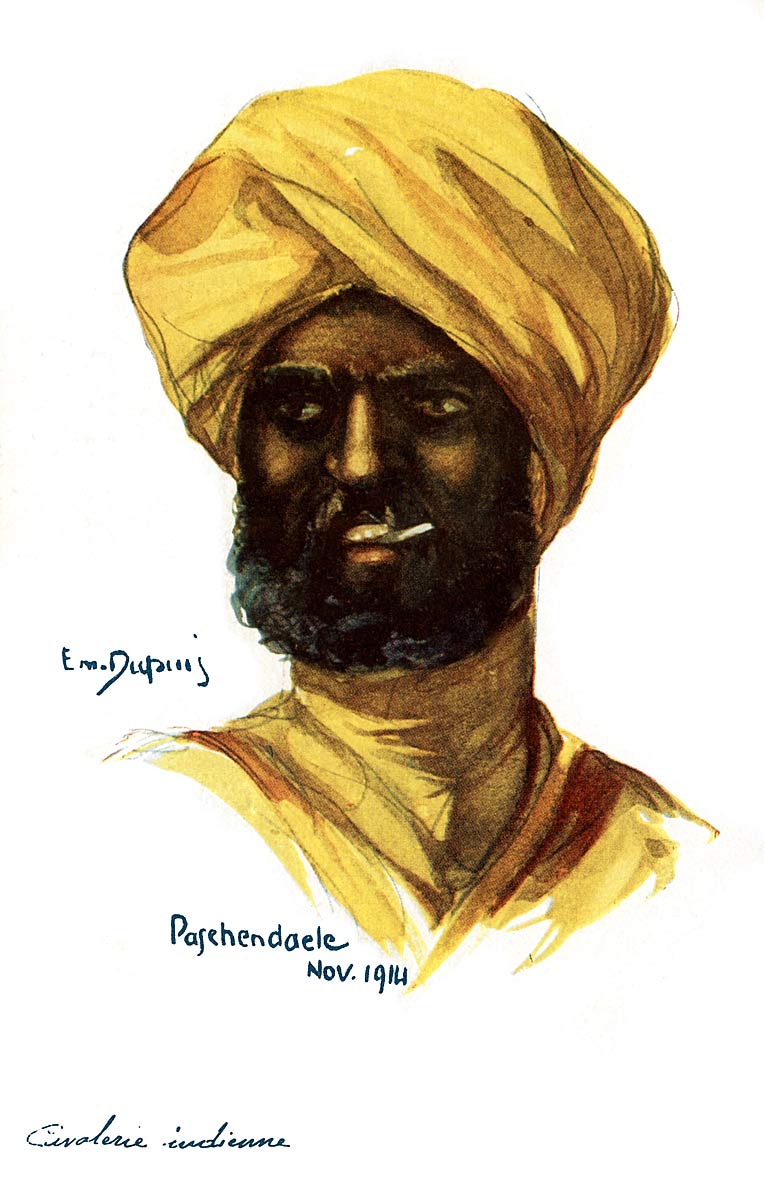 This postcard by the French artist Emile Dupuis honoured the Indian soldiers who fought with the Allies in in what is better known as the First Battle of Ypres in Belgium, an early World War I battleground where some 160,000 German soldiers died. The French, in particular, were extremely grateful – given postcards produced – to the many Indian soldiers who fought with them throughout the war, in many cases liberating towns from German control . Dupuis (1877-1956) was a French painter and postcard artist with a number of World War I postcards to his credit.