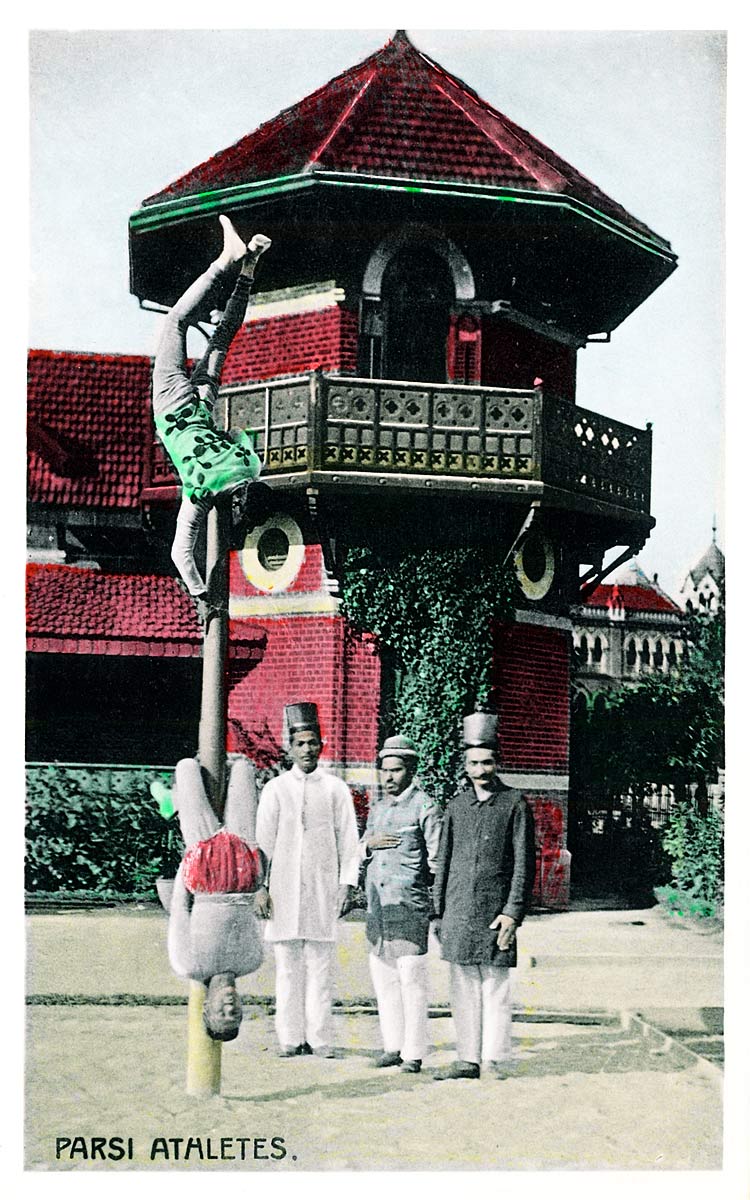 The relationship of Parsis and athletics was a oft-discussed issue in the late 19th and early 20th century, with a tradition from Persia of Parsi marital arts and various muscle men who distinguished themselves set against popular conceptions of the Parsi community as more into bridge-playing and financiers of athletic clubs as opposed to participants, even though Parsis in Bombay in particular played a major role in the development of cricket in India. In any case, there were a number of postcards of Parsi athletes, some based on 19th century photographs, played their role in affirming the communities role in the sports world.