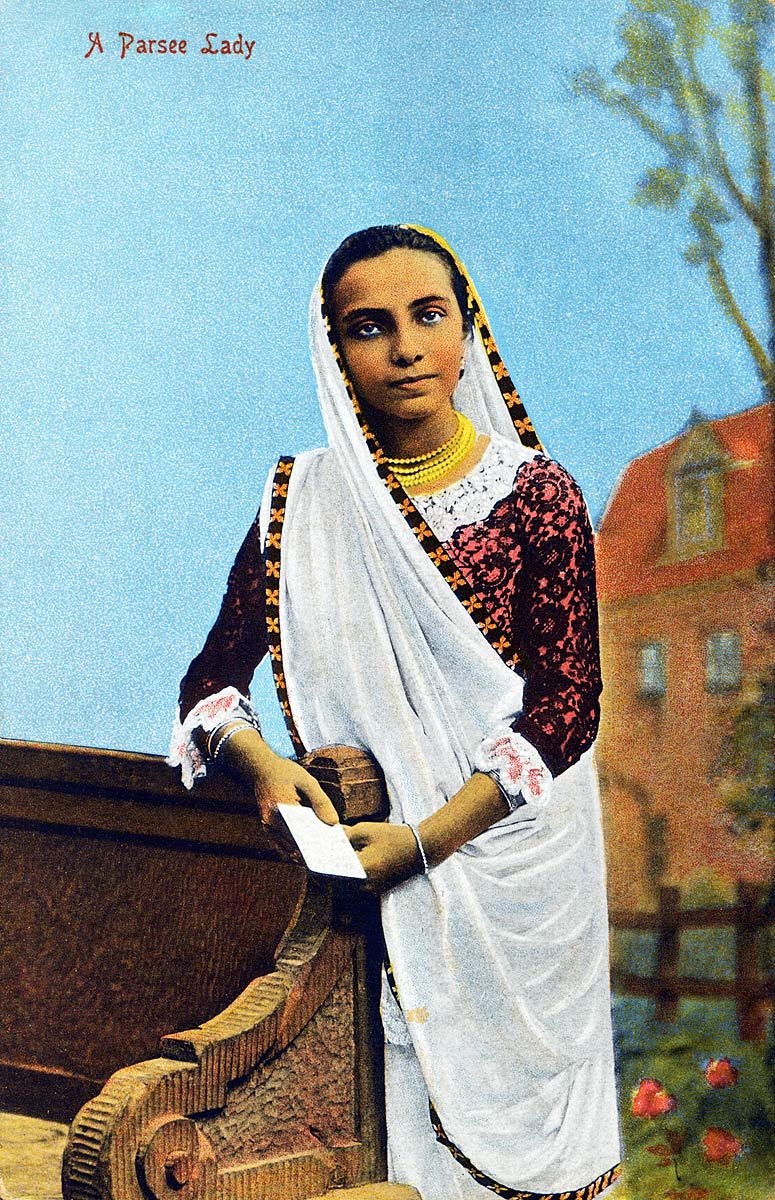 Parsis in India originally came from Iran (Persia), and Parsi ladies were among the first Indian women to have had an active public life, no doubt helped by a high literacy rate in the community (there is a postcard or letter in the woman's hand). Even today Parsis are the most literate (98%) among India's religious communities. They were also popular subjects in early postcards (many of Bombay's early photographers were also Parsis) and seem to have been good customers of such cards; note the western building in the backdrop of what was probably a studio shot.