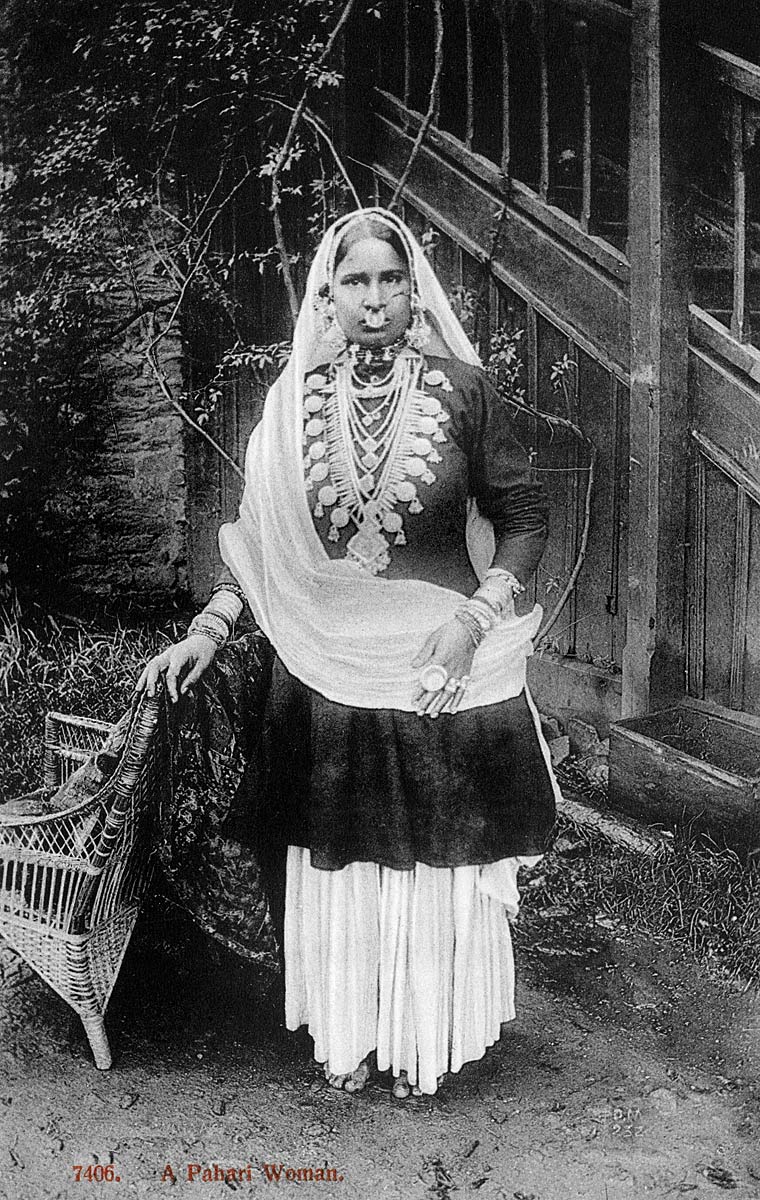 Paharis refers to the indigenous hill people who lived around Shimla and populated a large area in the lower Himalayas. While Hindu, "the distinctive demands of the highland ecosystem played a determining role in Paharai peasant life, causing it to be more egalitarian and communal in character than was peasant life elsewhere in India," according to one scholar (Dale Kennedy, The Magic Mountains, p. 64 quoting Ramachandra Guha's The Unquiet Woods, Chapter 1).

For the British, they and other hill tribes like the Todas were often exoticized as "Nature's Children." Rudyard Kipling, in a famous short story Lispeth, about a Pahari woman converted by missionaries to Christianity (temporarily), wrote: "Whether Christianity improved Lispeth, or whether the gods of her own people would have done as much for her under any circumstances, I do not know; but she grew very lovely. When a Hill girl grows lovely, she is worth traveling fifty miles over bad ground to look upon. Lispeth had a Greek face — one of those faces people paint so often, and see so seldom. She was of a pale, ivory color and, for her race, extremely tall. Also, she possessed eyes that were wonderful; and, had she not been dressed in the abominable print-cloths affected by Missions, you would, meeting her on the hill-side unexpectedly, have thought her the original Diana of the Romans going out to slay."