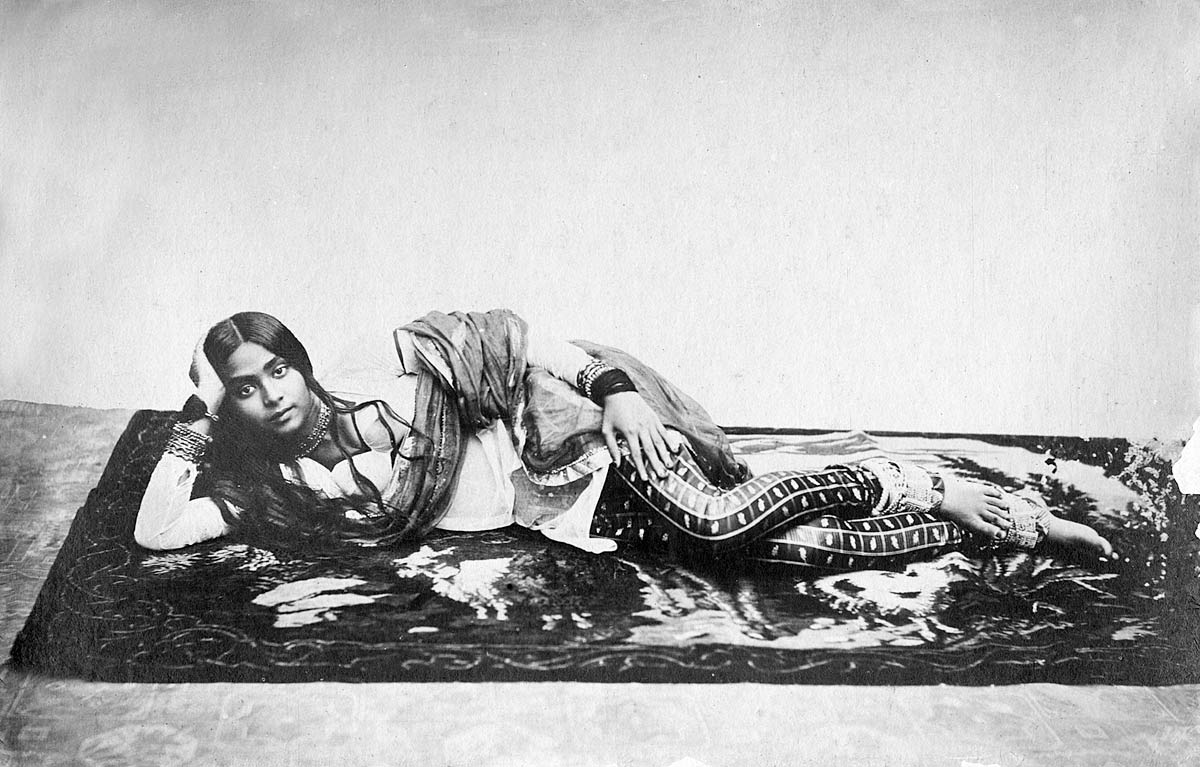 The great Hindi/Urdu writer Munshi Premchand describes, from the point-of-view of Suman, the heroine of his first novel Sevasadan, the complex view she has of Bholi, a courtesan living across the street from her:

"Suman had never met any courtesans, but she had heard that courtesans were the worst kinds of women—wicked and depraved. With their skill, they could ensnare the hearts ofyoung men in their web ofworldly illusion. No respectable man would speak to them openly, but rogues would sneak into their brothels at night. Bholi had seen Suman standing behind the screen to her door several times and gestured her over, but Suman couldn t imagine speaking to her. She was, after all, better than Bholi, she thought— I may be poor and miserable, but at least I still have my virtue. There are no rules preventing me from associating with honourable men. None of them would think that I am beneath them! She can enjoy her luxuries as much as she wants, but she will never be respected. All she can do is sit in her brothel and savor the fruits of her shamelessness and her immorality. But Suman slowly realized that no matter how much she considered Bholi to be beneath her, Bholi was much better off" (Translation by Snehal Shingavi, Oxford, 2005, p. 18).