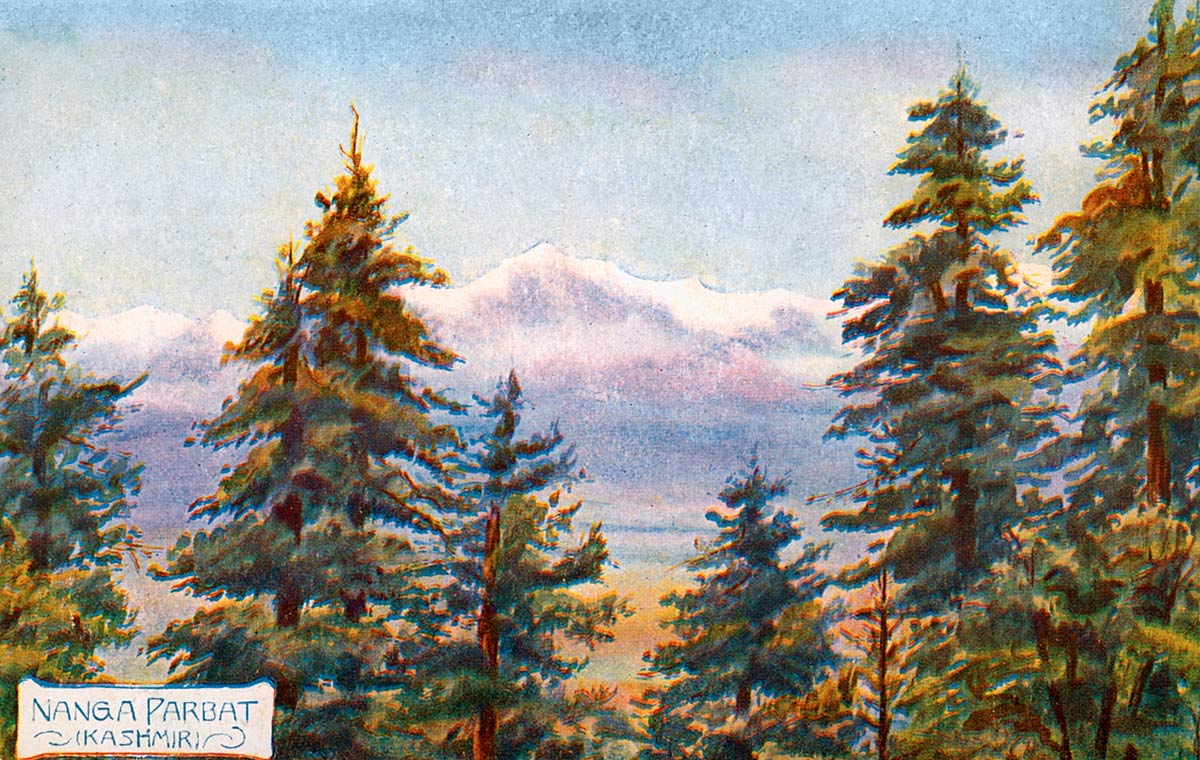 Most likely the earliest postcard of the 9th highest peak in the world, from an early Aquarelle series by F. Hartmann depicting scenes in Kashmir. Numerous German attempts to climb Nanga Parbat ("Naked Peak") in the 1930s failed before an Austrian, Herman Buhl, became the first person to climb to the top, by himself, without oxygen, in 1953. He became the only man to have first climbed an 8,000 meter peak (26,000 feet) on his own.