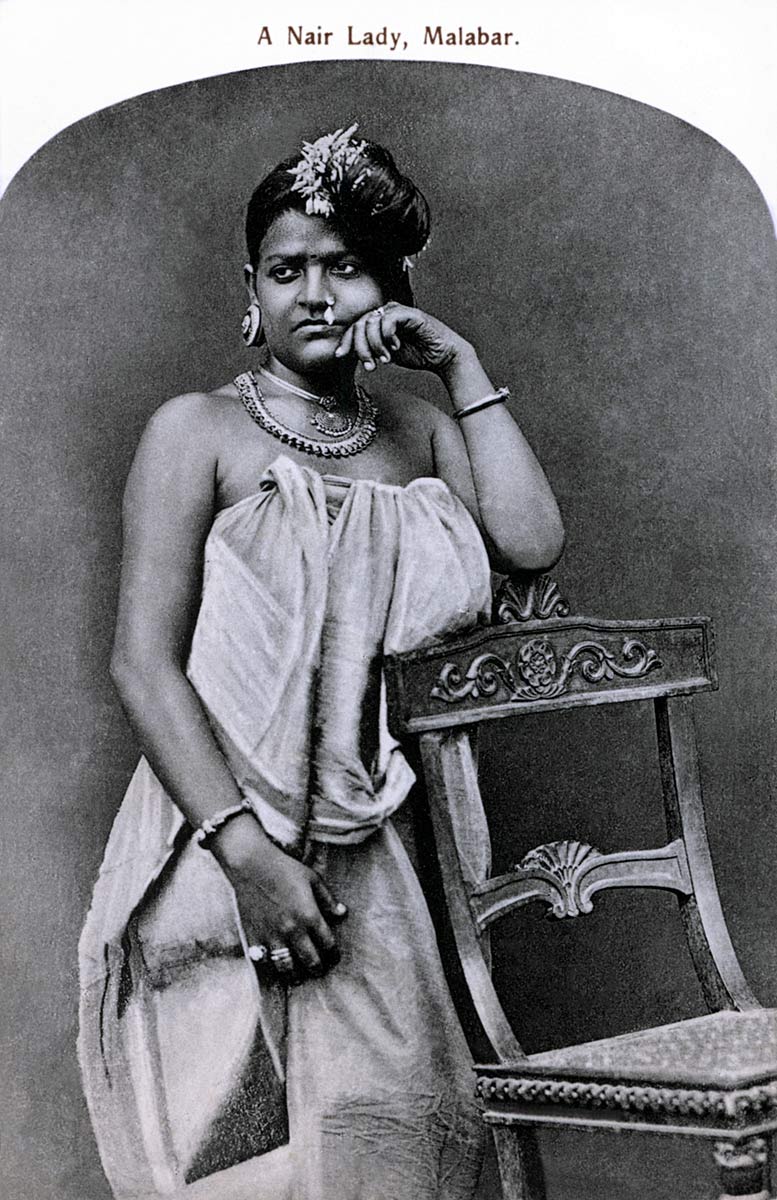 Early postcards from the Malabar Coast are uncommon. This one from Nicolas Brothers, a firm set up in Madras in the 1860s which later opened a branch in Calicut, still bears the rounded frame on top once popular on albumen photographs, opening an opportune space for the caption. The original photograph, most likely made in a studio, is also well composed, with the chair used nicely to prop up the woman's arm as she looks outside the frame. Nairs were the dominant landholding caste in the area.