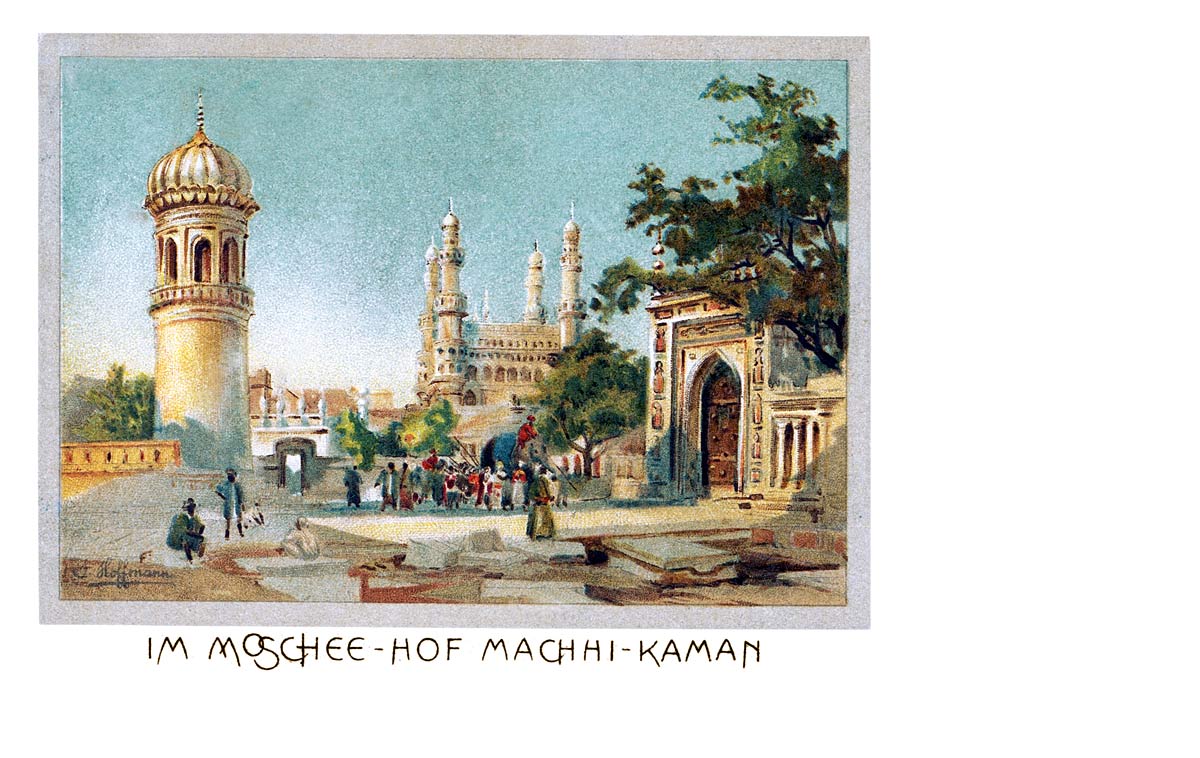 In the Mosque of Machii-Kaman

Possibly the earliest postcard of Hyderabad, by the Austrian artist Josef Hoffman who painted this scene during a visit to India in 1893-94 when he was in his sixties. According to an official biographical dictionary of Austrian painters, the man was “possessed of an extraordinary work-ethic, and created on these trips thousands of Aquarelle views" (Hans Vollmer, Allgemeines Lexikon der Blldenden Kunstler, 1924, p. 266). When he returned to Vienna he gave lectures on his trips, and exhibited his paintings in his own temporary "Gallerie Hoffman" in the center of Vienna where these postcards were likely first sold.