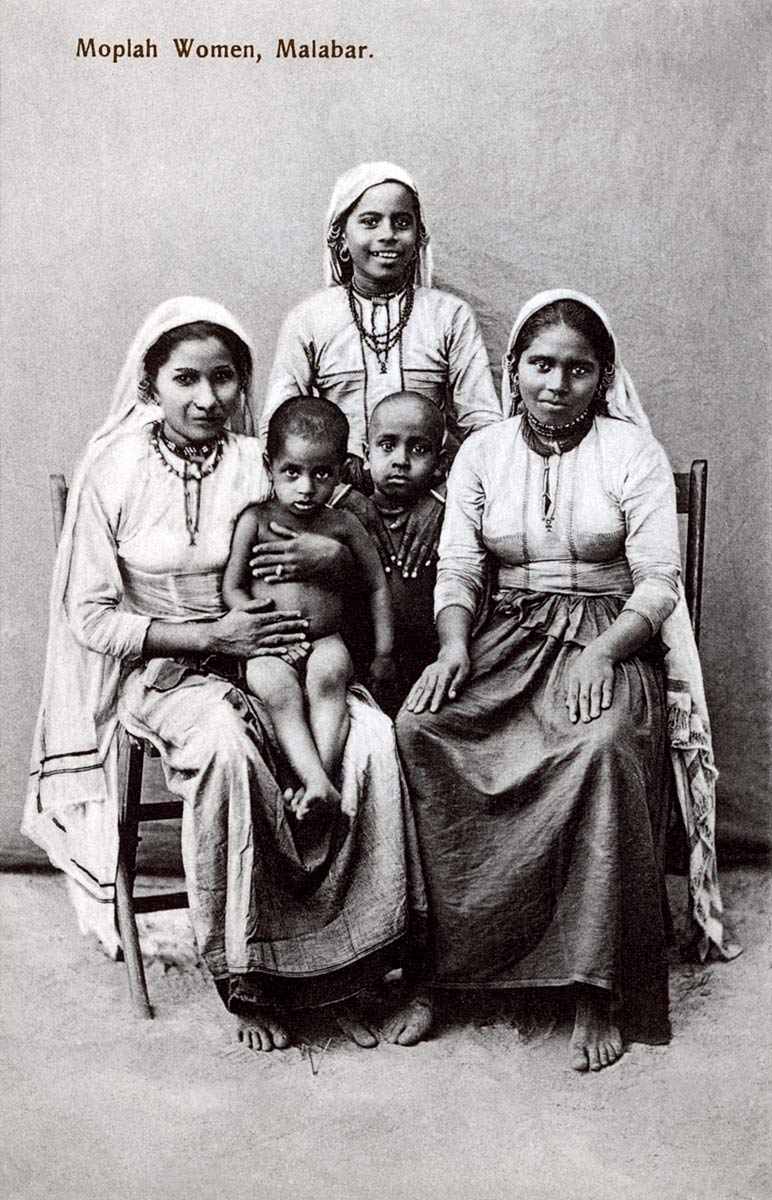 Moplahs are the Muslim descendants of Arab traders who married local women and settled along the Malabar coast over the centuries. The Malabar coast and its people, in general, were lightly photographed in the 19th and early 20th centuries compared to other parts of South India. Nicholas & Co., originally a Madras [Chennai] and Bangalore [Bengaluru] studio was one of the few that ventured, for a time, to the western coast of India. It is often only on postcards images like this survive.