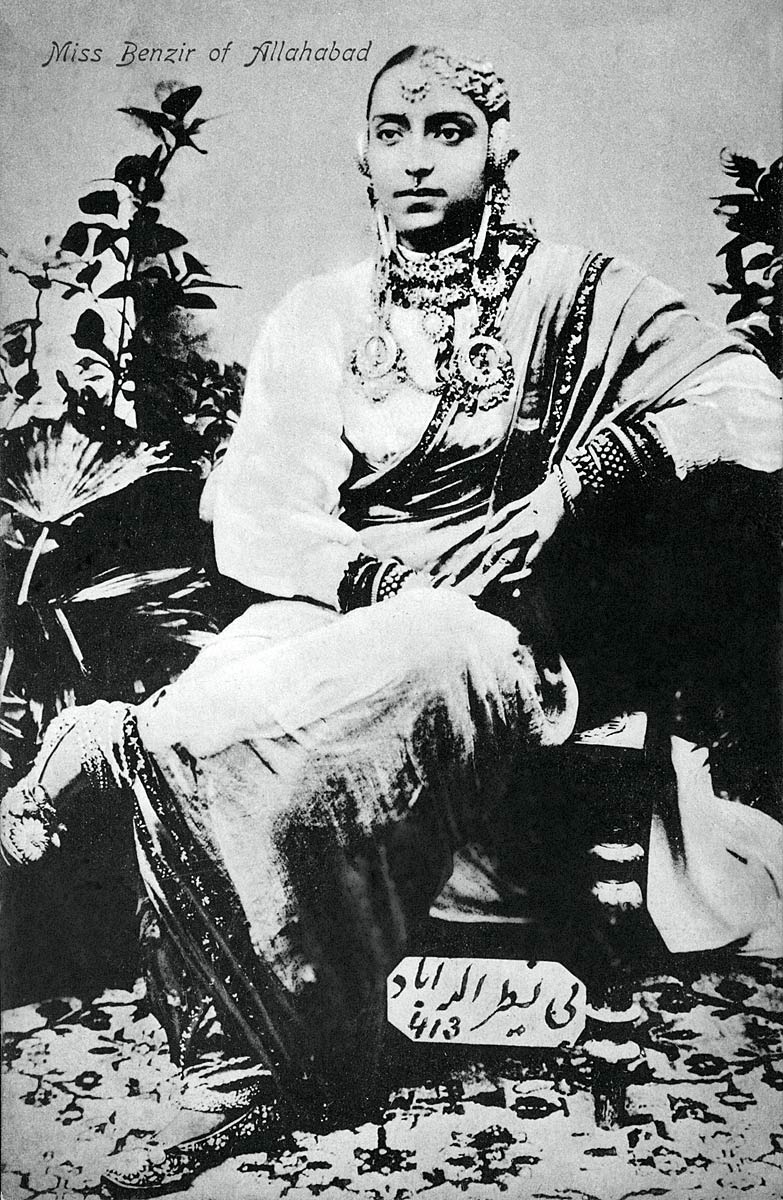 The Urdu text and number suggests that this postcard was made from what was originally a carte-des-visite. Joachim Bautze in his essay Umrao Jan Ada: Her carte-de-visite describes how this form of identification on images was a common practice among such early Lucknow photographers as Abbas Ali and Mushkoor-ud-dowlah, active around the middle of the 19th century, and seems to have been used by others as well; the number 413 would have been the photographer's number for reprints. It is possible that photographers received permission to make these photographs in exchange for giving the women copies they could hand to their patrons, and decades later, when postcards came around, they were re-purposed.

It is nice that this women was named. Bautze quotes a contemporary writer, P. C. Mookherji The pictorial Lucknow (1883) who wrote: “Fame is elusive: open any book on Indian music and it will be clear how little has been written about the female performers (tawaifs or baijis) who were among the most sought-after and admired artists. The reason they have been ignored so badly belongs to the realm of sociology and is rather complex. In a changing society with a mixed morality, where most of the Indian social reformers received an English education, the courtesans became a symbol of decadence. They were portrayed as the sinful practitioners of the ars amandi, even though many of them were solely dedicated to the performing arts and recognized as top khyal, thumri, tappa and ghazal singers as well as kathak dancers."