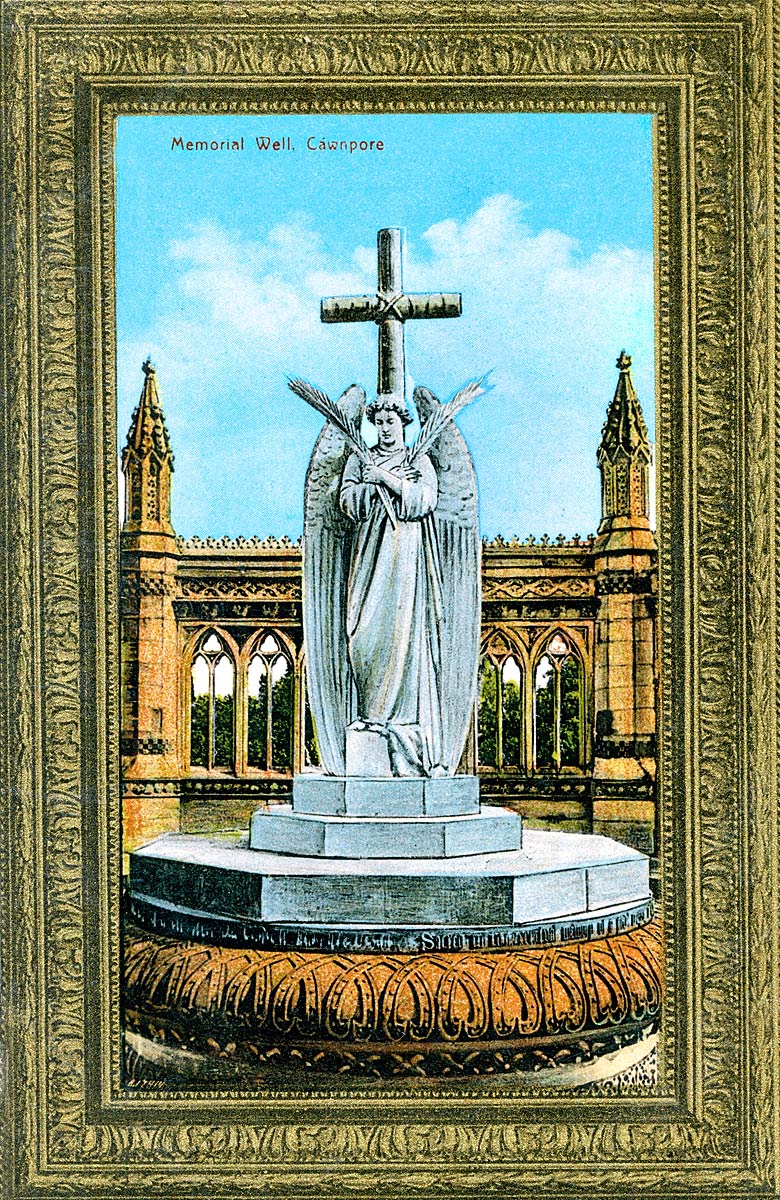 Perhaps no image was more common in 19th century British albums from India than the Memorial Well at Cawnpore [Kanpur]. It was a tribute to the women and children apparently executed in unclear circumstances by rebellious Indian soldiers under the command of Nana Sahib during the conflict called the Mutiny by the British, or First War of Independence in India. After being executed (by butchers it is said – most Indian soldiers refused to do this), the bodies of about 120 women and children were dumped into the well. The memorial was designed by Carlo Marochetti. The enclosure became a sacred place to the British often visited by Viceroys and others who used pointed to the event to justify repressive measures that followed.