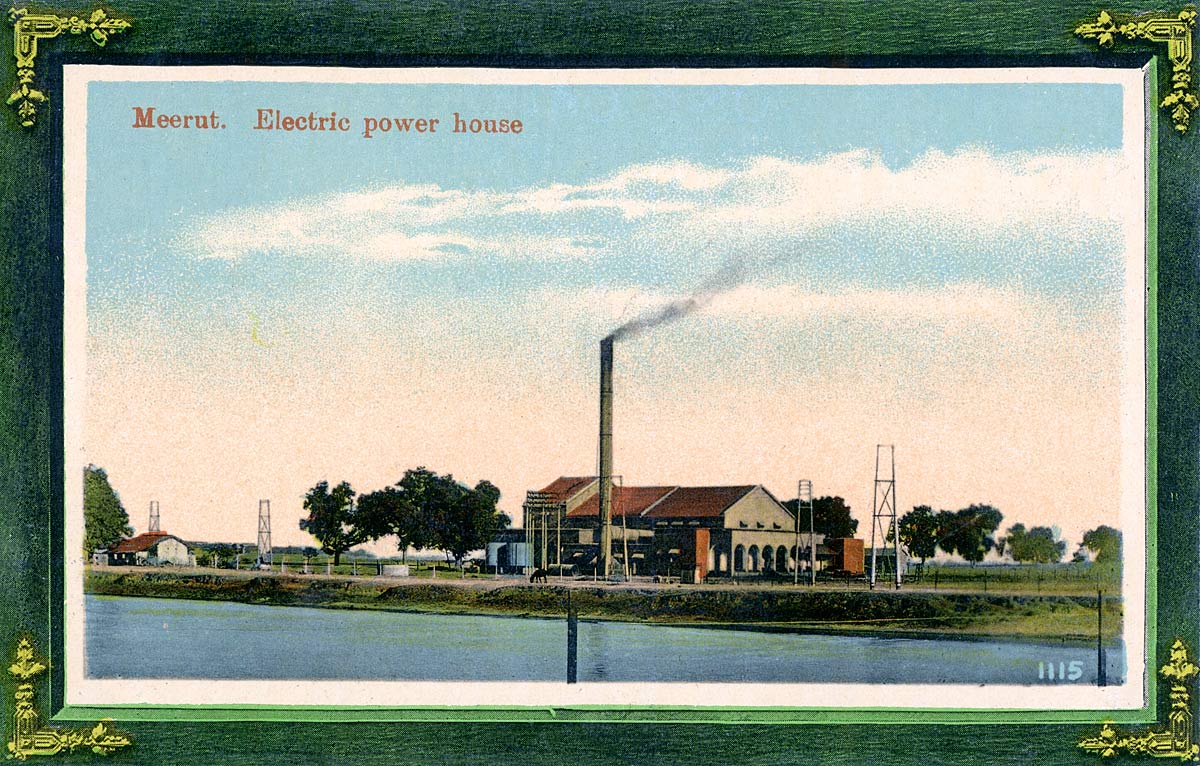 A postcard celebrating an electric power plant, apparently in the cantonment area. Although little seems to be known about this facility (it seems to have been handed over to the municipality in 1963), this plant was celebrated by numerous postcard publishers in many similar cards, including Moorli Dhur & Sons in Ambala and H.A. Mirza & Sons in Delhi despite not being referenced in contemporary histories of electricity in India. Electric power dates back to 1879 in Kolkata for demonstration purposes, and in 1896 the first electric power plant in Darjeeling became operational. Given the age of the Meerut station postcards, it would have probably been opened between 1900 and 1910.