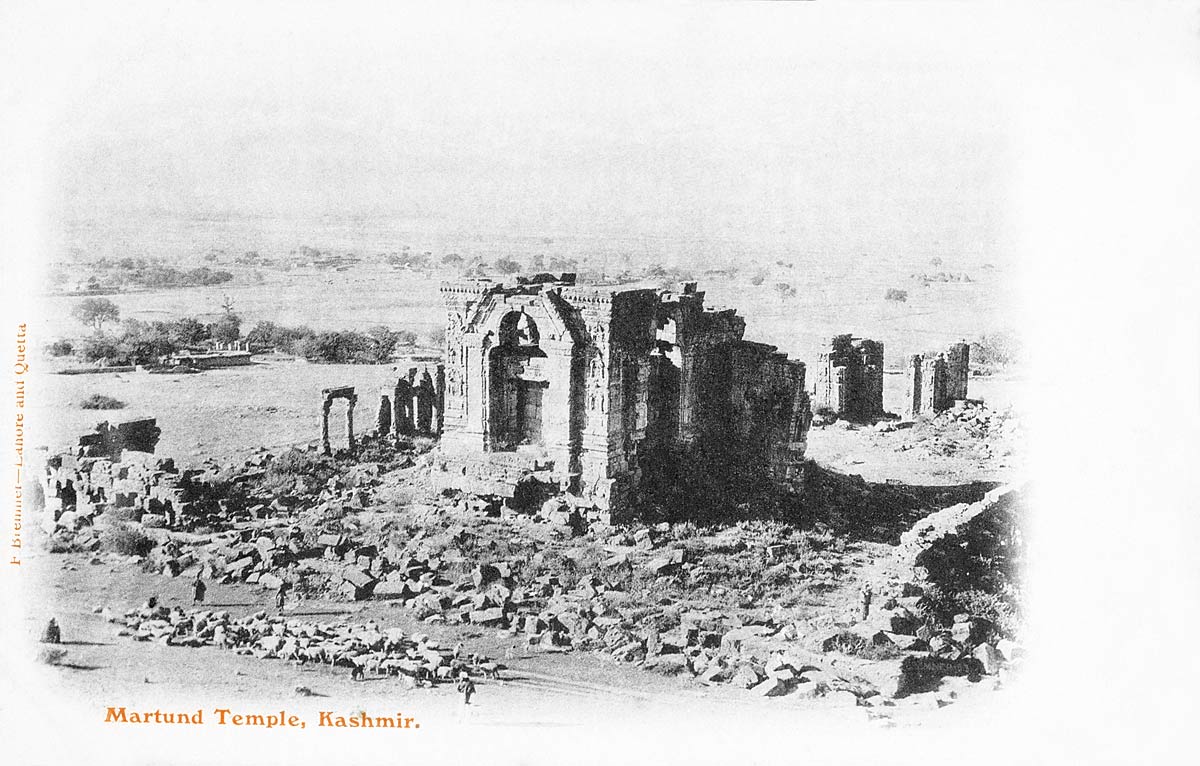 The Hindu Martand Temple, built during the 8th century, was dedicated to Surya the Sun Goddess. It was a favorite of early photographers in Kashmir, including Fred Bremner, probably the first of them to publish his photographs as postcards of Kashmir. This image, with the stone rubble from the temple still fresh on the ground, captures the continuing process of decay. Note too what seem to be shepherds with animals in the foreground, adding the dimension of scale to an imposing monument.