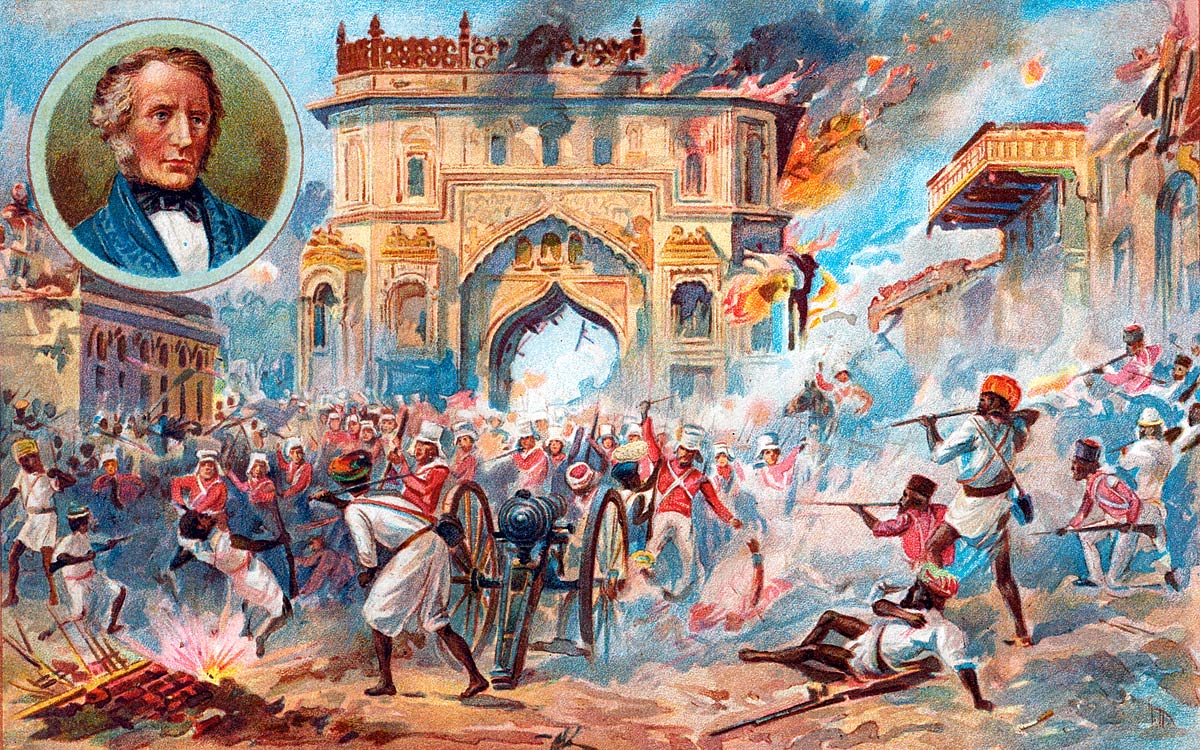 The back of this advertising card for "Price's 'Lighting Tapers,' for lighting candles, gas, &c, White or coloured, in various thicknesses, and 12 or 22 inches long," provides this caption about what is also known as the First War of Independence or Uprising today:

Lucknow, Indian Mutiny, 1857.
[Original] Lucknow was besieged by rebel troops on July 1, 1857, and Sir Henry Lawrence, with the European inhabitants of the station and a single battalion of troops, withdrew to the Residency, which he had fortified and provisioned. Lawrence was killed on July 2, but the little garrison held out gallantly till, on Sept. 25, they were relieved by Havelock and Outram, but were again besieged, the rebel forces attacking more closely and with greater numbers. It was impossible to send away the sick and wounded and the position was maintained with great heroism. On Nov. 9, Sir Colin Campbell fought his way to Lucknow and the garrison was once again relieved, but on the 24th the heroic Havelock died, worn out with the anxieties and exertions of the siege. [end]